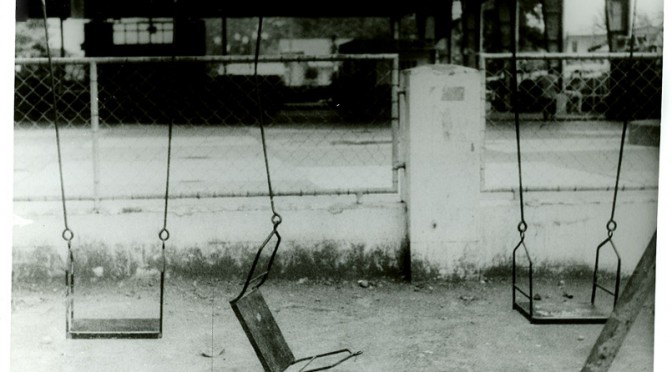 Journalists have a unique position to be able to see an issue from all sides. We are natural investigators, posing questions that not everyone dares — or even considers — asking, and seeking as far, as long, as deep and as wide as necessary to find the answers.

About the Interviewer: Rita Brhel, CLC, API Leader, is the Publications Coordinator and Managing Editor for Attachment Parenting International. She lives at the edge of Fairfield, Nebraska, USA, with her husband and their 3 children, on a sustainable farm. Rita is also a freelance writer and a WIC Breastfeeding Peer Counselor. 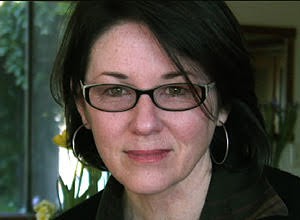 As part of her long-time health journalism career, Jane Stevens of Sacramento, California, USA, has worked to bring to public light the monumental impact of childhood adversity research through her writing at ACES Too High. Her subsequent founding of the ACEs Connection Network translate the scientific field into real-life application.

I am grateful to be able to share this interview with Jane — for all of us to learn about the importance of Adverse Childhood Experiences (ACEs) not only for individual well-being but for families, communities, societies and even the world. My hope is that we all can realize the critical need for parents to heal from their childhood emotional wounds in order to take care not to pass them along, unconditionally, to our children.

JANE: ACEs are adverse childhood experiences. ACEs usually refers to the 10 types of childhood adversity that were measured in the U.S. Centers for Disease Control and Prevention’s Adverse Childhood Experiences (ACE) Study. Those 10 are:

That doesn’t mean that there are no other types of childhood trauma. There are, of course: living in a war zone, witnessing a sibling being abused, witnessing violence outside the home, and others. It’s just that in the ACE Study, only 10 were measured.

API: Are ACEs and epigenetics related?

JANE: Epigenetics shows that genes can be turned on and off by a person’s social and emotional environment. So, if a person’s environment is filled with trauma that causes toxic stress over a long period of time, then not only can that person’s genes be altered so that they have hair-trigger response to trauma and have great difficulty recovering from trauma, but they can pass those genes on to their children and grandchildren.

API: Through ACES Too High, readers are able to take a quiz to learn their ACE score. Why should people be aware of their own ACEs, rather than leave this in the research realm?

JANE: Many people who learn about the ACE Study and who calculate their own ACE score say they’re relieved, especially if they have a high ACE score. They say that their life finally makes sense.

API: It’s apparent that ACEs can be a huge influence on individuals and their families. Can ACEs also affect communities?

JANE: Communities whose residents have high ACE scores and few resilience factors are difficult places to live. Essentially, the community is in a state of constant and chronic traumatic stress. This means that it’s difficult for people to thrive, or to raise children who will thrive.

API: ACEs tends to be thought of most relevant to at-risk populations — people with a low socioeconomic status, family violence, addictions and so on — in the research and policy-making fields. What are your thoughts as to how relevant ACEs are to middle-class families?

JANE: Dr. Robert Anda, one of the founders of the ACE Study, has said that the middle class is the epidemiological reservoir for ACEs.

That means that if families where parents have 2 or 3 ACEs undergo more trauma — such as a Great Recession in which parents lose their jobs, or a natural disaster in which the family loses its home, or a personal tragedy — the children might end up with 3 or 4 ACEs. Without intervention or enough community resilience factors, those children can have a more difficult life — with increased risk of physical, mental or social problems, which in turn, can lead to higher ACE scores for their children.

The ACE Study showed that childhood adversity is extremely common in a mostly white, middle-class, college-educated community whose residents all have jobs and great health care — the 17,000 Kaiser Permanente members who participated in the ACE Study.

Subsequent data shows that just as many people in the middle class have ACES as those who are poor, but on average, the poor have higher ACE scores. ACEs are a problem everywhere. Focusing only on the poor fosters a “them-us” mentality, and it won’t do much to stem the epidemic of ACEs.

Read in this API article reviewing Duke University research on how, without intervention, early childhood ACEs can lead to later teen violence.

API: What can people do to reduce the impact of their ACEs?

JANE: The science of resilience shows that there’s quite a bit that an individual can do to regulate their response to trauma. This includes getting enough sleep, eating nutritious food, meditation, exercise, making and sustaining social connections, deep breathing and so on.

Less is known about what families, communities and systems can do to reduce the impact of ACEs, but there is a lot of work being done in the areas of trauma-informed care in social services, trauma-informed and resilience-building practices in schools, and evidence-based parenting. There’s even work being done in creating resilience-building physical environments in cities, such as understanding how green spaces can reduce people’s levels of depression.

Read about the role of attachment in healing infant depression in this API article.

API: That’s exciting! What first inspired your interest in ACEs?

JANE: In the 1980s, I began reporting on violence epidemiology when the CDC [Centers for Disease Control and Prevention] declared violence to be an epidemic. That eventually led me to the ACE Study, which I began reporting about in 2005.

API: What made you decide to transition from traditional journalism to advocacy work?

JANE: I regard myself as a journalist, a modern digital journalist who founded and runs a niche news organization. Although I am an advocate for reducing violence, I don’t really regard that as advocacy.

My job is to inform and educate people about the science of Adverse Childhood Experiences, and how people, organizations, agencies and communities are using the research to develop practices to prevent childhood adversity and to change systems to stop traumatizing already traumatized people. I don’t advocate for any particular practice. My job is to explain the consequences of taking a particular action, or no action.

I also use distributed networking to create a network to connect people who are implementing or thinking about implementing practices based on ACE research.

API: You are referring to ACES Too High and ACES Connection.

JANE: ACEs Connection.com is a type of social network known as a community of practice. Its nearly 2,500 members are implementing — or thinking about implementing — practices based on ACEs- and trauma-informed concepts. They are professionals, advocates, caretakers and people who have experienced ACEs and want to engage with others to prevent ACEs.

ACEs Too High.com is a news and analysis site for the general public. It covers research about ACEs, the effects of toxic stress on children’s developing brains, and epigenetics, as well as how people, organizations and systems are implementing practices based on ACEs-, trauma-informed and resilience-building concepts.

API: I had heard about your Robert Wood Johnson Foundation grant. Congratulations! How did you use the funds?

Groups are at the heart of this distributed network, and ACEs Connection community managers can help cities and states that want to become trauma-informed/resilience-building communities establish and implement their goals by providing group members the information they need to do so. Community managers provide information, facilitate virtual and face-to-face interactions, and connect people with each other. This facilitation is especially important, because for a community to reduce its ACEs, people from different sectors — or silos — need to work together.

API: Thank you, Jane, for your time and insights. A final question: What are your long-term goals with ACEs Connection?

ACEs Connection provides structure. It uses distributed network technology to build communities of practice that foster and support tens of thousands of “small-l” leaders as they inspire a shift in the nation’s collective mental model. This new model recognizes that the roots of much of physical illness, most mental illness and nearly all interpersonal violence are found in Adverse Childhood Experiences that occur in families, communities and our educational, criminal justice, medical, mental health and social service systems.

Members of these communities of practice collaborate to craft a new definition of health and health care in response to ACEs and their consequences, a definition that replaces shame, blame and punishment with compassion, nurturing and prevention. These communities of practice comprise participants who work together across silos and across geographies, so that health becomes a part of every endeavor and building resilience becomes part of the fabric of everyday living.

Read in this API article about how Attachment Parenting works to be part of the prevention of ACEs.

Once people learn about the consequences of ACEs, the effects of toxic stress and that trauma-informed practices and building resilience can create healthy individuals, families, communities and systems, they can never look at a homeless person without seeing an abused child. They can never look at a young man in juvenile detention without wondering why the schools he attended did not intervene in his journey from the classroom to prison. They can never look at communities without wondering if they are implementing trauma-informed and resilience-building practices. And if they are not, they begin asking: “How can we start? 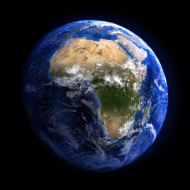