I was born and raised in New York City, one of three girls. My father was a physician; my mother is a teacher but spent much of my childhood as a stay-at-home mother. As a child, I always knew that when I grew up, I wanted to be a mother. 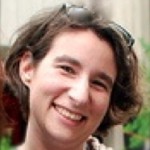 As I got older, an interest in mental health and a stint assisting my father with his medical practice led me to nursing school. Upon becoming a registered nurse in 1998, I began my career working in in-patient medicine in the adult and geriatric population and went on to working with HIV/AIDS patients, palliative care, medical step-down and respiratory care. I later worked in labor and delivery, including some rotations at an in-patient birth center. It was a big change and a fantastic experience.

In 2005, I gave birth to my first child, and with some initial help from my wonderful postpartum nurse and a lactation consultant, my focus turned toward a different kind of “nursing.” As I adjusted to my new role of motherhood, breastfeeding took center stage, not only in terms of the time spent nursing but in the emotional connection I felt in my relationship with my son. I nursed throughout my second pregnancy, and when my younger son was born in 2006, tandem nursing was a great way to maintain closeness with my eldest and a sweet way for the brothers to feel connected to each other. Thanks to Art Yuen, amazing API Leader of API-NYC, for supporting me through the amazing adventure of motherhood!

Having taken time off from paid employment and feeling so much appreciation for this aspect of my mothering experience, I channeled my nursing skills and energies into assisting new mothers whenever I could, whether with advice or hands-on assistance for a neighbor or a friend-of-a-friend who had been referred to me for support. Inspired to integrate this passion into my future practice, I began an online lactation education program to further my knowledge base.

In 2012, I returned to New York University’s College of Nursing to pursue a master’s degree and become a family nurse practitioner (FNP). In this role, I will be able to provide primary care for patients across the life span. It is my hope that combining this role with breastfeeding knowledge will best enable me to support mothers and babies in their breastfeeding relationships.

The paper “Identifying Best-Practice for Increasing Breastfeeding Initiation Rates Among Adolescent Mothers” was a group effort, and as such the inspiration stemmed in part from the combination of interests and experiences of the four authors: Eliana Roshel, Sarika Downing, Maria Mendez and me. We knew almost right away that breastfeeding promotion was our common thread, and we quickly narrowed our focus to a group that isn’t often mentioned in the breastfeeding literature: adolescent mothers.

I would be remiss if I did not thank our professors, Drs. Rona F. Levin and Nancy E. Kline, for their guidance and support in the research and writing of this paper. The paper highlights that adolescent mothers can benefit from interventions tailored to their developmental stage and to the unique circumstances this population encounters. We are accustomed to thinking of the needs of adult mothers, but there is so much to be gained by opening our perspectives to think of the needs of younger mothers as well.

What can we do to support adolescent mothers in breastfeeding their infants? Two of the studies we looked at utilized the Breastfeeding Educated and Supported Teen (BEST) Club, developed by Eileen M. Volpe and Mary Bear, where adolescents learned about breastfeeding, nutrition, safety and maternal health in an atmosphere that was interactive, nonintimidating and supportive (Volpe & Bear, 2000; Wambach et al., 2011). Games were utilized and prizes were given each week to encourage participation. We can better reach out by providing these types of services to the youngest mothers in our communities, who may not be well-served by support groups and classes geared towards mothers in their 20s, 30s and 40s.

Another point that may be of use to us is an inadvertent finding by Donna Sauls and Jane Grassley (2012) as they studied their Supportive Needs of Adolescents During Childbirth (SNAC) program. One of the possible confounding factors noted in their study was that the experimental group had more of the adolescents living with their parents, whereas adolescents in the control group were more likely to live with their significant other. This warrants further study, but also serves as a reminder to look not only at the adolescent mother as an individual but in the context of her family environment.

Through a strategic search, three studies were identified for evaluating the effects of various interventions on breastfeeding initiation rates. The interventions examined in each study were specifically designed for this population, including guidance from intrapartum nurses, educational programs and peer support. Two of the three studies found significant increases in breastfeeding initiation in their treatment groups; a third initially showed an increase in initiation rates, but this result became insignificant once the data were adjusted for covariates.

Synthesis of the evidence supports educational and supportive interventions tailored to the needs of the adolescent mother to increase rates of breastfeeding initiation in this population. Implications for practice include recommendations for utilization of the BEST Club within high schools, prenatal clinics and hospitals; training of intrapartum nurses in the SNAC program; and improved support of breastfeeding in high schools.