As expectant parents, we have very likely heard that “breast is best.” This is what we may imagine next: a new mom with her sweet, precious newborn positioned lovingly at the breast. But for how long is breast the best? What happens when baby’s first tooth appears? How about when baby starts walking? 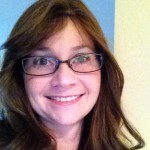 Rivkah Estrin, DONA, lives in Miami, Florida, USA, with her family. She is a childbirth educator and postpartum doula.

Across the globe, breastfeeding past 12 months is more than just possible, it’s the norm. UNICEF’s report entitled “The State of the World’s Children 2012” collects data about breastfeeding across the globe. Included in this report are the following statistics:

What do these numbers represent? The number of children breastfeeding at age 20-23 months. Impressive figures. Let’s compare this to the other side of the spectrum—countries with little or no data to suggest breastfeeding at the same age:

Why the discrepancy? Why does the data from some countries point to a majority of nursing toddlers, while “modernized” nations don’t have any data to report? One word: Support. There just isn’t a lot of support for the nursing mother-toddler relationship in Western cultures.

Bonyata also states that breastfeeding toddlers between the ages of one and three have been found to have fewer illnesses, illnesses of shorter duration and lower mortality rates. According to the WHO, “a modest increase in breastfeeding rates could prevent up to 10% of all deaths of children under five: Breastfeeding plays an essential and sometimes underestimated role in the treatment and prevention of childhood illness.”

And the American Academy of Family Physicians states: “As recommended by the WHO, breastfeeding should ideally continue beyond infancy, but this is not the cultural norm in the United States and requires ongoing support and
encouragement. It has been estimated that a natural weaning age for humans is between two and seven years. Family physicians should be knowledgeable regarding the ongoing benefits to the child of extended breastfeeding, including continued immune protection, better social adjustment and having a sustainable food source in times of emergency.” Furthermore, “If the child is younger than two years of age, the child is at increased risk of illness if weaned.”

The benefits of breastfeeding past baby’s first year are numerous and include benefits for mom as well. The New York Times reported in 2009 on a study by Stuebe et al that stated “of women with an immediate relative, like a mother or a sister, who had breast cancer, those who breastfed had a 59% lower risk of premenopausal breast cancer.” The article goes on to discuss additional health benefits to mom, including a reduced risk of osteoporosis, ovarian cancer, high blood pressure and heart disease.

Separately, there is a huge emotional angle to the comfort and closeness that extended breastfeeding offers an adventurous, curious, fall-prone toddler. Holding a child close, loving away the pain and enjoying some quiet snuggle time with a toddler who is often too busy to sit on mom’s lap are some benefits to breastfeeding that can’t be quantified. This is not to say that a mother can’t calm or love her toddler without nursing. However, the hormonal and neurological comforts offered by mom’s milk work in a special way. Settling a cranky 14-month-old by putting her to the breast is a loving way to transition this almost-baby to an almost-kid. What a sweet, gentle way to bridge the gap between dependent infant to independent child.

In an article for Parenting magazine, William Sears, MD, a pediatrician in Capistrano Beach, California, USA, author of the Sears parenting library and member of API’s Advisory Board, wrote about how extended breastfeeding is “better for your toddler’s behavior. We have many extended breastfeeders in our pediatric practice, and I have noticed that breastfed toddlers are easier to discipline. Breastfeeding is also an exercise in baby reading, which enables a mother to more easily read her baby’s cues and intervene before a discipline situation gets out of hand. Nursing is a wonderful calming tool on days when Mom needs to relax and to stave off an impending toddler tantrum.”

Additionally, Jack Newman, MD, of the International Breastfeeding Centre in Toronto, Ontario, Canada, author of The Ultimate Breastfeeding Book of Answers, states that “the child who breastfeeds until he weans himself (usually from 2 to 4 years old) is generally more independent and, perhaps more importantly, more secure in his independence.”

All this being said, extended breastfeeding is more than a checklist of benefits versus risks. As with all parenting decisions, it comes down to how the family functions and what works best for everyone involved. So what do we need to do to afford the opportunity, should parent and baby desire, to nurse into toddlerhood?

Toddlers often nurse at bedtime or when they are hurt, upset or feeling unwell. It is common in these circumstances for nursing to take place in the privacy of the home. Not many opportunities present themselves for children of a certain age to nurse in anyone else’s company—not by design but by default. Perhaps this is what perpetuates current attitudes toward nursing past baby’s first year. On the go, at the park, in the shopping malls and libraries of our cities and towns, these little people are too busy exploring to nurse. When they return home and want to reconnect with mom in a comforting, routine fashion, settling in on the couch and nursing can help these little explorers feel safe again.

In Western societies, many mothers assume that babies should be weaned once they reach their first birthday. But what if a mother isn’t ready to wean her walking, talking 13-month-old son? What if the messages this mother received were those of understanding and lacking judgment? What if we allowed families to find their own rhythm without casting our own aspersions on them? What if the only repercussion to supporting extended breastfeeding was to have healthier, more emotionally secure kids?

One thought on “Extending Nursing Around the World”