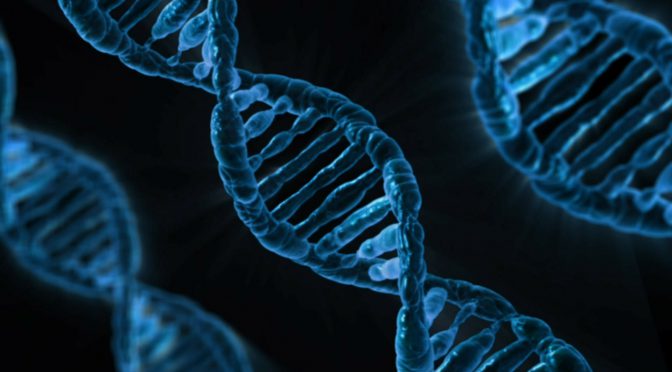 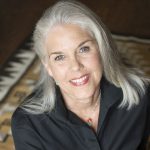 Lysa Parker, MS, CFLE, CEIM, is the cofounder of Attachment Parenting International with Barbara Nicholson, MEd. They also coauthored the book, Attached at the Heart. Lysa has dedicated her life to improving the way children are treated and is a recognized authority on parenting. She and her husband have 3 grown children and 4 grandchildren, and live near Huntsville, Alabama, USA.

We addressed this fairly extensively in our book, Attached at the Heart, because as we researched attachment theory and neuroscience, there was a clear connection between the treatment of a child and that grown child’s impact on society. Correlations of a child’s trajectory in school and in life with the child’s attachment security to his or her primary caregiver have been made by researchers as early as 3 years of age.

We should never give up on a child, in spite of their early experiences, because we know that social and relational buffers can help mitigate or overcome their negative early experiences. However, it seems misguided, if not insane, to focus on repairing the damage done when it’s so much more difficult — and costly — than preventing the damage in the first place.

Babies Are Born Wired to Be Loved

When we think about any child being physically or emotionally harmed, it is heartbreaking to hear about or to witness the destruction of their innocence and their open, loving hearts. Every baby comes into this world with the expectation to be loved and to love others.

When their environment turns out to be unpredictable, harsh, or violent, their hearts begin to harden and their brains wire in a way that allows them to survive in a world that they view as dangerous and life-threatening. They become, at worst, the teens or adults who beat up their girlfriends or wives, commit date-rape, or kill others out of rage or revenge.

In the very least, they become adults who can’t trust, who are unable to have a deep intimate relationship with anyone, or who use anger to get what they want because they didn’t grow up with a model of empathy.

It’s been said that every child who has been abused doesn’t become an abuser but that every abuser has been abused. When I hear people say that someone chose to harm or kill another person or didn’t have a conscience, I know that is someone who most likely had an abusive childhood, notwithstanding exceptions of brain damage from an accident or disease.

Not Surprisingly, Abuse Rewires the Brain… and Not for the Better

We have long been a fan of Jonathan Pincus, MD, of Georgetown University, a renowned neurologist who, after much research based on brain scans and neurological tests, came to the conclusion that violent criminals had been abused as children and, as a result, had suffered brain damage particularly to the prefrontal cortex. He wrote the book, Base Instincts, about his experience interviewing and researching the lives of hundreds of death row inmates.

Most of them denied ever being abused by their parents. However, after interviewing siblings, relatives, neighbors, coworkers, and teachers, he discovered that not only had they been abused but they were abused the worst in their family. He concluded his book with a call for teaching better parenting skills and providing parenting support.

I don’t necessarily recommend reading his book unless you’re a professional in need of greater understanding, because the stories are extremely disturbing to read. One thing was clear from the stories in his book — a phenomenon known by many psychologists –that abusive parents will often target one particular child in a family rather than abuse all the children.

One prominent example of this was told by Dave Pelzer in his book, A Boy Called It. Dave talks about being forced to live in his family’s garage and fed scraps from the family table, among many other incidents of maltreatment. Thankfully he survived and is able to tell his story and process his experiences in his books and talks.

What we know about the developing brain is that the “seat of the conscience” is in the prefrontal cortex, the forehead area over the eyes. Some refer to that part of the brain as the “brakes,” or the inhibitor. We may think and feel a lot of aggressive emotions, depending on the circumstances — driving in traffic, someone insults you, kids out of control, for example — but we don’t act on them, because our prefrontal cortex is highly developed and it’s telling us not to. We are able use reason to understand the consequences and to have perspective of the feelings of the other person.

We often use Dan Siegel, MD’s hand model to describe the parts of the brain, because visuals are powerful. The thumb is tucked into your fist and represents the amygdala and limbic (reptilian) systems that store all our emotional experiences. These systems cause us to over-react to certain situations — the situations when your “buttons” get pushed! On the front of the fist, our fingers represent the prefrontal cortex. When we get triggered by a situation, those front fingers fly up (“flipping our lid”), representing that we are no longer in our calm, reasonable prefrontal cortex but now operating out of our emotional, reptilian centers.

This is why learning to be more mindful and intentional is so important in helping us stay more in our prefrontal cortex and less in our emotional centers. By learning this, we are literally rewiring our own brains, but it takes a lot of time and practice. The beauty of Attachment Parenting is that it is teaching us to fine-tune our empathic abilities and to be more conscious in our interactions.

Something that Stephen Bavolek, PhD, cofounder of the Nurturing Parenting Program, has said time and again — that still haunts me –is that “…when a child is not being nurtured, he is being abused.” Dr. Bavolek broke down hours of the day, days of the week, and years into percentages of being nurtured versus not being nurtured, or as he defines it, being abused. It is startling to put it into that perspective and certainly was an awakening for me.

If we look back at our own childhood experiences, even if our parents were nurturing 80% of the time, then we were likely being emotionally abused or, for some, physically abused the remaining 20% of the time — multiply this by 365 days a year, and it adds up significantly!

Thankfully, neuroscientists tell us that whatever a child experiences the majority of the time is what wires the brain. So if it’s nurturing, then that is what gets hardwired. It’s overwhelming to think about, but it galvanizes us even more in our belief of Attachment Parenting — not just for our children but for ourselves and the world. Many of us have experienced the healing that takes place in our own hearts as we nurture our children, giving them the love and respect we wish we had been given as children.

How You Parent Changes Your Child’s DNA

We see more clearly now how our parents tried to do better for us than their parents but, like many, fell victim to the parenting advice of the day whether from religious leaders, psychologists, or medical professionals. We have no idea about the specific experiences of our parents, grandparents, or even great-grandparents, but what we can be sure of is they passed on to us what was done to them.

New research in epigenetics and neuroscience is giving us an incredible window into our past and a new awareness of how we can change our future. In a sense, we all have a new “superpower.” Epigeneticists have found that our cells carry a type of memory of the experiences of our ancestors — not only that, but 95% of our genes aren’t yet coded at birth, dependent on nurturing and the environment to determine their fate. Even as teens and adults, they are turned on or off in large part by our own choices in life.

According to psychiatrist Bruce Perry, MD, PhD, of the ChildTrauma Academy, our brains also contain cellular memories of ancestral experiences. Your brain is an aggregate of as far back as 6 generations!

The exciting aspect to all this is that you can change the trajectory of your family tree, if you want to, by becoming more conscious and intentional in your life and in your parenting. Big or small changes can make huge differences.

The Attachment Parenting journey has been an essential part of my evolution as a woman and as a mother. It has helped me learn so much more about myself and taught me the importance of self-nurturance, self-understanding, and self-forgiveness. I am able to forgive my mother and father for what they didn’t know as young parents. I have empathy for them knowing the pain of their childhood experiences. I am also extremely grateful to them, because I know they were vastly better parents to me and my siblings than their own parents. I know my husband feels the same way about his family.

There is still a lot of work to be done in our family tree, but we made the conscious decision years ago that we would do our personal best to nurture its roots and strengthen the branches for our grandchildren and future generations. That’s all we can do, and the rest is up to them.

From this Parenting for World Harmony issue of Attached Family:

From the Attached Siblings issue of Attached Family:

From the Inspired Parents issue of Attached Family: 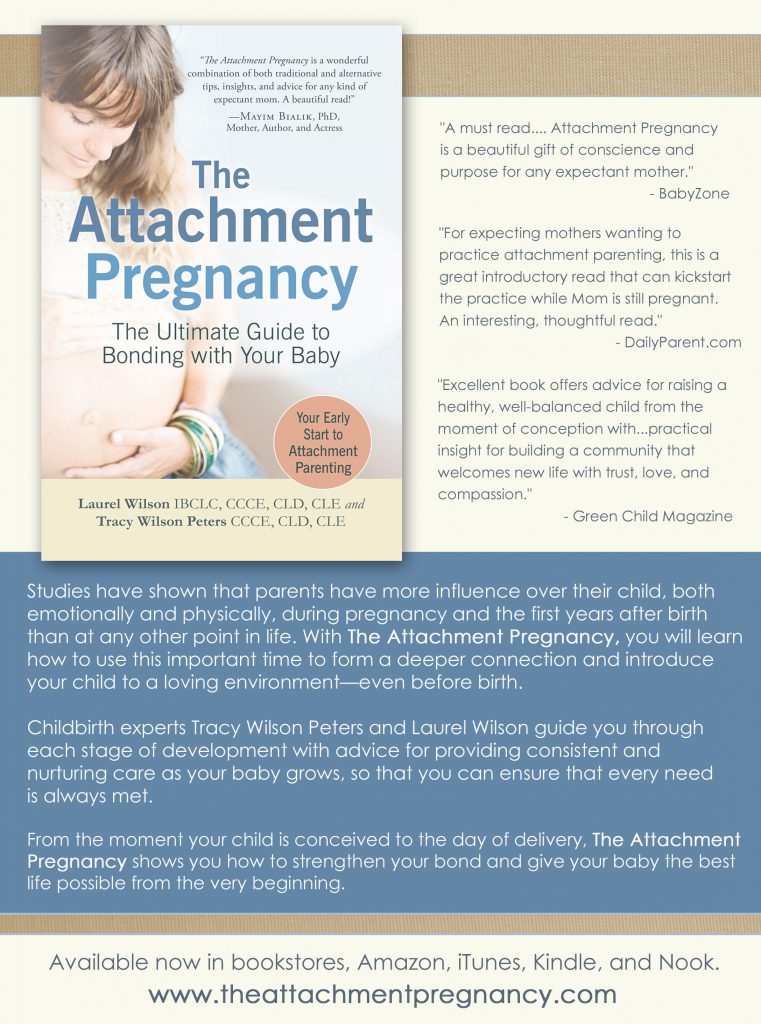