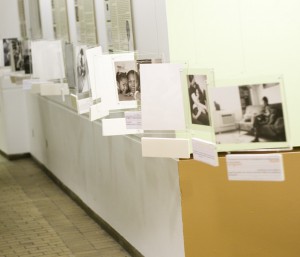 The display consisted of 22 photographs of mother-child dyads, selected from the portraits of more than 50 families from five U.S. states shot by Lauren over a year’s time, along with extended nursing facts. The exhibit was used as a research tool to evaluate and influence the knowledge and attitudes of health care professionals toward extended breastfeeding.

The results were published as “Exploring and Influencing the Knowledge and Attitudes of Health Professionals Towards Extended Breastfeeding” in the January 2012 issue of the journal Breastfeeding Medicine.

Lauren was also honored with SUNY’s Arthur and Patricia Robins Award for Distinction for the project, and the display has since been a featured exhibit of the Museum of Motherhood in New York City, USA.

Now having graduated and working in public health, Lauren is considering publishing a book to help parents in educating others about extended nursing.

Although many U.S. professional health organizations have policy statements that support the breastfeeding of children beyond one year (extended breastfeeding), the actual attitudes of health workers toward this practice have not been explored. The purposes of this study were:

A total of 84 participants in a New York City academic medical center provided responses to a structured, self-administered questionnaire given before and after an educational display.