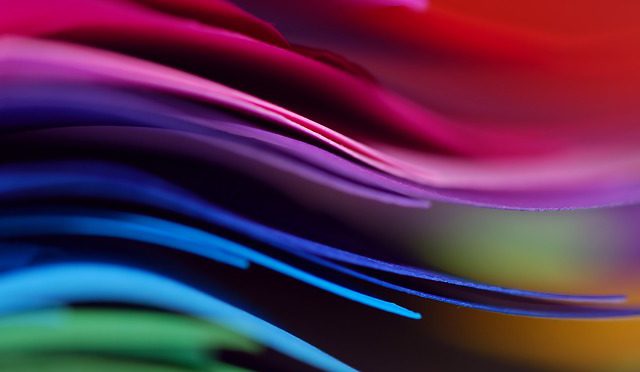 Shame was a mainstay of parenting in past generations. Many of us parents can remember feeling shame, probably often, while growing up — along with threats, intimidation, and other forms of coercion. Although parenting trends have made great strides to align with what research shows to be the healthy way to discipline our children, remnants of shame-based parenting still remain. 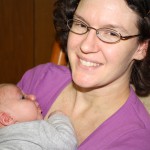 Rita Brhel, BS, CLC, API Leader, is the Executive Editor and Publications Team Coordinator of Attachment Parenting International. She is also a WIC Breastfeeding Counselor and a freelance writer. She lives with her husband and 3 children near Hastings, Nebraska, USA.

Shame-based parenting behaviors may be subtle, hidden in seemingly innocent messages meant to encourage cooperation from our children, like “You should know better than that,” “Nice girls don’t do that,” “Good boys do this,” or “You already had enough; you shouldn’t want more.” But if you were to turn these phrases around, how would you feel about yourself? These phrases, while not abrasive, are still implying that a child is having thoughts that are “wrong” or “bad,” when actually, anyone can have whatever thoughts they desire — what we as parents really want is for children to be able to discern which behavior would be more aligned with the values we hope to be passing down to them.

It’s important for parents to continue working toward knowing themselves better and how this affects their parenting and relationships with their children. Especially for those who were raised themselves with a shame-based parenting approach, becoming stagnant in personal growth can cause regression back to the parenting behaviors they were raised with. Without intentional parenting, the shame-based parenting we experienced as children will be reflected in how we relate to and discipline our children, even if only through words we intended to be gentle reminders or even through expectations we have in mind of how our children are “supposed” to be behaving.

While shame, as a normal emotion, is felt from time to time by everyone — being the result of conflicting interactions within a social group — it generally doesn’t have long-lasting effects on a child’s self-worth as long as the child is able to lean on a supportive, unconditionally loving parent to help him process his feelings. However, there is a distinct difference between a relatively fleeting feeling of shame from unconnected incidences and the long-standing, pervasive feeling of shame at a child’s core that is the result of shame-based parenting. Shame-based parenting instills a pattern of thinking in the child that she is unworthy and, inflicted by the parent, there is no unconditionally loving support person to help the child process her emotions and be able to see herself as separate from the ongoing messages of shame.

Many parents who grew up in a shame-based home may worry that they are inadvertently instilling shame in their own children, despite their best efforts to not do so. It’s understandable where this concern comes from — a parent who is conscious of the emotional wounds in his or her life is also conscious to not want to pass down this family legacy.

Healing from a shame-based view of oneself is best done with a professional counselor, but there are various ways that adults can help the healing process along. One way is to examine their core beliefs.

Positive Core Beliefs —
I am lovable!
I am good enough
I am a good person
I am smart
I am beautiful
I am extraordinary
I am very interesting to be around
I have a lot of worth
I deserve to be treated with respect, dignity, and love

When you have the same situation as someone with the other color of core beliefs, you actually both look at the same situation in different ways. For example, let’s say you meet a mother at the park and think about asking her to go with you to your local API Support Group.

Negative Core Belief: I’m boring, I’m not good enough, I’m worthless.
Thought: “Why would she ever go to the meeting with me?”
Behavior: You don’t ask the mother to go with you.

Positive Core Belief: I’m very interesting to be around, I’m good enough, I have a lot of worth.
Thought: “We might have fun together.”
Behavior: You ask the mother to go with you.

The behavior that results from your core belief reinforces that core belief. If you think the other mother wouldn’t want to be friends with you, and then you don’t ask her to come with you to the group meeting, you will then feel even more like you’re not worthy of having friends.

Of course, there is a possibility that if you do ask the other person to go to the group meeting with you, that she will say no or she may say yes but you find that you two don’t click. This may stir up more core beliefs, but it can also empower you to ask the next person you meet that might be a better fit.

Likewise, when you encounter the same parenting scenario as someone with the other color of core beliefs, you both look at and react to the same scenario in different ways. However, there is a complicating factor in the case of parenting. It’s all too easy to unconsciously transfer your core beliefs about yourself to your child. People who grew up in shame-based homes, who haven’t addressed their emotional trauma may unknowingly project what they see as the “bad” qualities of themselves on others. This natural act of self-protection is the emotional brain’s way of avoiding the original, unaddressed issue — that the parent himself is “bad.” It’s much easier to continue not feeling the pain of this “realization” by passing the blame onto someone else.

For example, let’s say your 6-month-old baby just started waking up at night several times after previously sleeping through at least 6 hours.

Negative Core Belief: I am not confident in my parenting ability.
Transferred Core Belief: My baby is manipulating me.
Thought: “My baby should be sleeping through the night.”
Behavior: You try cry-it-out with your baby. Your baby may be very distressed, and you may react with anger or anxiety, reinforcing the core belief.

Positive Core Belief: I’m a good mother and a good problem-solver.
Transferred Core Belief: My baby must be waking at night more because of a developmental need.
Thought: “I need to learn about why my baby is waking more at night and what to do about that.”
Behavior: You learn that your baby may be going through a growth spurt, teething, or otherwise needs your comfort at night and adjust your expectations to continue providing a sensitive response.

Let’s look at another example: No matter how many times you have talked to your 2-year-old toddler about “gentle hands,” she still hits when she’s upset.

Negative Core Belief: I am not confident in my parenting ability.
Transferred Core Belief: My toddler isn’t learning from this discipline approach.
Thought: “I need to be more forceful to teach my toddler to not hit.”
Behavior: You yell at or hit her when she hits. She may feel angry and act-out by hitting more, or she may be confused and hurt. You may then react with anger or guilt, reinforcing the core belief.

Positive Core Belief: I’m a good mother and a good problem-solver.
Transferred Core Belief: My toddler’s hitting frustrates me, but there must be a reason for her behavior.
Thought: “I need to learn more about what to expect developmentally at this age and what to do about the hitting.”
Behavior: You learn that your toddler is acting very age-appropriately and is still developing her impulse control. The best way to address this is to continue telling and modeling to her to not hit, while teaching her other ways to express her anger.

With this final example, let’s look at a teenager who has side-swiped a mailbox with his car, breaking a headlight and scratching the paint.

Negative Core Belief: I am not confident in my parenting ability.
Transferred Core Belief: Teenagers are careless, rebellious, and irresponsible.
Thought: “He doesn’t care about anything. He thinks he can get away with anything.”
Behavior: You take away his car keys, demand that he pay for the damages, and punish him by taking away privileges. He may act-out. You may then react with anger or guilt, reinforcing the core belief.

Positive Core Belief: I’m a good mother and a good problem-solver.
Transferred Core Belief: Teenagers sometimes make mistakes, as we all do.
Thought: “He needs to learn from this situation, but he also needs understanding and help with problem-solving of how to address it.”
Behavior: You talk with him about what happened and his feelings, and help him problem-solve what his next steps are.

Whether you have negative or positive core beliefs, the thoughts that come from these will transmit to how you feel toward your child and her behavior. Negative core beliefs are linked with shame-based responses.

If your core beliefs tend to fall in the negative list, remember that each negative has a positive option. If you encounter a situation where you don’t feel worthy, you need to get into a practice of positive self-talk and coming up with positive options other than the negative default that may naturally arise in your mind.

Here are 3 ideas of how to begin turning your negative core beliefs into positives:

It’s also helpful to respond to yourself in the way that you would ideally want to sensitively respond to your child in the same situation. Since negative core beliefs are often grounded in thought patterns from our childhood, such as from shame-based parenting or another emotional trauma, it’s not such a stretch to address the “child you” in your mind — the emotional part of you that is trying to protect itself with the negative core beliefs. That “child you” has to heal for the “adult you” to be able to move forward — toward a healthy self-worth and more confident, positive parenting.