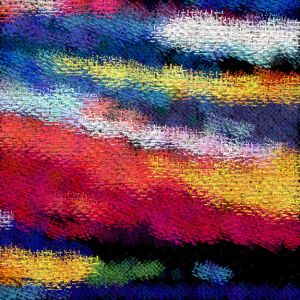 My son woke up that summer morning and came to me. His light blue-green eyes were clear, and he looked healthier than I had seen him in a long time. Something was different with my three-year old.

“I want to paint today.”

I paused in shock at his request. It was a bright morning, just one of many beautiful days we’d had that summer in 2000. But a feeling of unreality washed over me. With those simple words, I had entered the twilight zone.

For almost two years before that day, my son hadn’t spoken much at all, hadn’t searched out my eyes, hadn’t really done anything that a normally developing child would do. He had lived in a separate universe, a never-never land of lost boys and lost parental dreams. My little cabbage boy.

Suddenly, as spectacularly as my son had disappeared, he was back with me. I didn’t react. There were no big moments of hugging or kissing him. In general, he didn’t care for demonstrations of affection. So I didn’t fuss. Frankly, I didn’t quite believe what was happening. My husband was getting ready for work, and so I just went through the usual motions of making breakfast, while wondering if this would last. Wondering if I was dreaming.

I got out his paints and his easel. What had happened? What had brought my son home to me?

A Leap of Faith

The day before we had taken a train trip upstate to Brewster, New York to a DAN! (Defeat Autism Now!) protocol doctor  – the very same doctor who had been mentioned in Karyn Seroussi’s book, Unraveling the Mysteries of Autism and PDD.

Defeat Autism Now!™ (DAN!) is a project of the Autism Research Institute, a group of physicians, researchers, and scientists committed to finding effective treatments for autism. DAN! does not regard psychotropic drugs as the best or only means of treating autistic patients. More information can be found at www.autism.com/dan/index.htm.

My son had acted up on the train, screaming and yelling, hurling his body back against the stroller I’d confined him in. Being on the autistic spectrum this was standard operating procedure. I was glad that the train compartment was almost empty because it cut down on the amount of dirty looks I would receive for having a tantruming preschooler. Finally, after our taxi ride, he settled down in the doctor’s office while we waited. He had found a basket of fast food restaurant toys and he was content.

It never failed to amaze me that a child so nonresponsive to his mother and father, never hearing us and never searching us out, could spot a favorite toy from yards away and make a bee line to it. Yet I found that reassuring somehow – that even though he didn’t care for us, there was something in his universe that he loved: Blue from Blue’s Clues, Thomas the Tank Engine, Elmo and his other friends from Sesame Street. As long as he loved them, he wasn’t alone. They reached him where we could not.

The doctor recommended that we use twilight sleep so that my son wouldn’t struggle during the prolonged blood draw necessary for all the testing we needed to have done. And it would help because after taking the blood we’d be doing an IV push of Secretin and vitamins, which would also take more than a few minutes.

It took me and two nurses to hold down my son’s small yet very strong, three-year-old body. He screamed and struggled until the sedative took effect. It broke my heart, but I had had two years of getting used to being heart-broken. I was so used to it, and yet it still hurt.

My mother, 68 years of age, a vivacious woman who talked a lot but rarely gave any thought into what she was saying, lived only a few miles away and was there to pick up my very groggy son and me after the appointment. My son was very much under the effects of the drug we’d used to calm him and I had to be careful that he didn’t hurt himself as he flopped around. Thank goodness for my mother driving us back to the city because I’m not sure I would have been able to handle the train trip back. My boy went to sleep as soon as we got home.

And then it was the next day, and a child I hadn’t seen for two years was back with me. I didn’t think miracles happened just like that. Hadn’t the government and various studies debunked the use of Secretin? Maybe it had been the vitamins?

In the next few weeks, we spent all of our savings and maxed out our credit cards with this doctor, on the basis that the two years we had stuck with mainstream doctors and therapies had done little to nothing for our child. Time was passing. Our son’s childhood and potential were speeding by us.

Our leap of faith had paid off. Eye contact, and speech, but more – much more: someone was home again in there. Someone who knew us, knew that we loved him and cared for him.

In Attachment Parenting (AP), very often a family will be confronted with a professional’s opinion that goes against what is in their hearts. Doctors will tell moms to quit breastfeeding and introduce solids. They will tell families not to share sleep, because it will permanently hurt the child. They are told to let their child cry-it-out.

Our doctors had ignored our son’s constipation and diarrhea for two years. Earlier that year his bowel movements had been so acidic that they had left welts on his upper thighs and testicles. We’d had to change him in the bath tub while he screamed in pain. And once, after having popcorn, our son’s constipation had reached the point where he couldn’t stand up straight or walk. It had taken two baby enemas to clean him out.

Our mainstream doctors hadn’t seen a connection between our son’s bowel problems and his Autistic Spectrum Disorder (ASD). Everything I had been told about it being solely genetic and irreversible, except through behavioral modification and heavy-duty drugs, was a lie. Here I had proof that ASD is reversible: Our boy was back, at least as long as he avoided gluten, casein, soy, and corn.

And so we took our first steps on a trip through a world where doctors, public health administrators, and even some politicians lie to protect themselves from the truth: Genetics is the gun, but environment is the trigger.

Our son’s dramatic response to Secretin had shown us that symptoms of autism are reversible. Eventually we found Secretin to have diminishing results, and it was his diet which kept him from drifting away from us.

Two years later, he had his first biopsy and colonoscopy and was found to have Lymphonodular Hyperplasia of the colon – a condition associated with chronic measles activity from the MMR vaccine.

This journey has been a long one, filled with twists and turns and even a few dead ends. I didn’t know, couldn’t know, if after losing two years of his development whether he would ever be fully normal. But he was talking, making eye contact and the stimming was gone, and that was good enough for my husband and me to see that our son was still there and had never been completely lost.

“Stimming” refers to repetitive, self-stimulating movement, such as through flapping, tapping, scratching, or rocking.

Where would we be now if we hadn’t listened to our hearts and tried alternate therapy for our son? I was grateful that I had a support community of parents who were of a like mind about AP. They stood by and encouraged me to believe that something more was going on with our son than genetics alone. They were there for me to help me parent my child gently even when he was screaming and tantruming every day. They helped me through the pain and anguish of my own son not knowing his mom anymore. Thank goodness for those parents who wouldn’t let me give up hope.

Changing the Course of Autism by Dr. Brian Jepson
Healing the New Childhood Epidemics: Autism, ADD, Asthma and Allergies by Dr. Kenneth Bock
Children with Starving Brains by Dr. Jaqueline Candless
Unraveling the Mysteries of Autism and Pervasive Developmental Disorder by Karyn Seroussi
Special Diets for Special Kids by Lisa Lewis
Evidence of Harm by David Kirby
The Child with Special Needs by Stanley Greenspan
Is This Your Child? by Dr. Doris Rapp