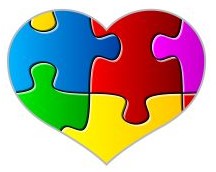 The Sturgis (Mich.) Journal has published an article, “Ideology Gives Way to Nurturing for Adoptive Parents,” on November 26, 2008, that features a couple who have fully embraced Attachment Parenting during their last 36 years of foster parenting.

In all, Jim and Anne Cook have raised six children – three given birth by Anne and three adopted – and fostered more than 70 others.

“We had talked about foster parenting as children of the ‘60s,” Jim said. “Realistically, we set out to save the world – have one or two, adopt one or two.”

Three decades later, this perspective has changed some: “We’re not saving the world,” Anne said. “They are who they are at birth – but it requires nurture to allow whatever nature has given them to blossom. What we are as foster parents is a safe place for them while they are in our home.”

While foster parents were long advised not to promote adult-child attachments – Anne recalled one incident when she received criticism from a nurse over holding a premature infant she was fostering – Attachment Parenting is something the Cooks have always believed in.

“Attachment — holding, responding — is what makes human beings,” Anne said. “Studies have shown that if we leave babies to ‘cry it out,’ their cortisol response is the same as if they had been stung by a jellyfish.”

Whether permanent or foster parenting, all children need Attachment Parenting, Anne said. It’s especially important for foster and adopted children, for whom attachment can be difficult. Understandably, the ability to trust and seek emotional closeness becomes more elusive each time a child is removed from a home.

While it may be difficult at times, as many foster children have behavioral challenges resulting from their attachment disorders, the Cooks believe that their Attachment Parenting has paid off in some of these children’s lives. Several children have stayed in touch with them, long after they were adopted by another family. Some now-grown foster children come back to visit with their own families or have asked the Cooks to be Godparents to their own children.

And then there are those foster children who they don’t hear from. Jim spoke of one boy who stayed with them for two years and who acted out from time to time, even running away twice. This boy heard that the Cooks would be fostering his cousin and told his cousin about the good things the Cooks did for him.

“That’s not something he ever would have told us directly,” Jim said.