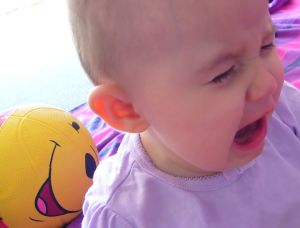 An article on France’s InfosJuenes.com, “Risk of Maternal Depression on the Infant,” reveals research that shows the negative effects of depression in mothers on their babies.

Compared to children of nondepressed mothers, children of mothers with postpartum depression typically perform worse on cognitive and behavior measures, and exhibit higher rates of insecure attachment. The reason: Depressed mothers tend to be withdrawn and disengaged when interacting with their infants, and to be less attuned to their infants’ needs.

In one study, the age at which these poor cognitive measures become most apparent is 18 months. In another study, depression in parents was the number-one predictor of negative parenting behaviors like yelling, hitting, and shaking once factors for socio-economic status, ethnicity, education level, parent age, and employment status were taken out of consideration.

Research has also found a direct correlation between preventing postpartum depression and prevention of behavior issues, insecure attachment, and decline in IQ in infants.