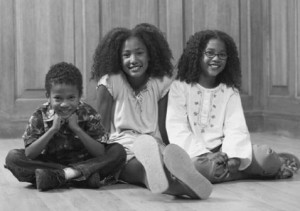 One year, two years, five years, ten years – just what is the ideal spacing between siblings?

Every mom contemplating their second child wants to know the answer. But just try to look up an exact answer on the Internet, in a magazine, or in a book. Most of these resources, if they choose to pinpoint an age gap, promote anywhere from two-and-one-half to five years as the best range, but no one can say for sure just what is best when it comes to the appropriate spacing between brothers and sisters.

The answer from many experienced parents is it all depends on what you think you’d like. Some say that closely spaced children, those with only a couple of years or less between them, will be more work in the early years but give siblings a playmate. Others claim that widely spaced children will give parents a break from the energy-intensive early years, but the siblings may not be as closely bonded.

Some parents find it easy to plan the number of years between their children. For others, family planning can be difficult. These parents may decide, for religious or other reasons, to forgo birth control and let fate decide how many children come and when they make their arrival. And then, there are the many parents who must turn to the medical community for help in having children, and who are grateful for every child they can have, no matter how close or far apart they are born. There are other situations in which Mom and Dad are surprised by another baby coming despite trusted family planning efforts or pre-menopausal conditions.

In all of these scenarios, the next baby may be a little, or a lot, earlier or later after their last child than they would have preferred. The parents may be caught off-guard by the challenges they face due to the spacing between their child at home and the new baby, especially if these two are very close in age.

Whether you are pondering having another child, already expecting, or just thinking about staying with one child in the family, there are more considerations to sibling spacing than deciding how many years between babies would be ideal for you and the children already at home. The effects of sibling spacing on the family dynamic, if not carefully considered, can have a serious impact on what kind of childhood the new baby, and his siblings, receives.

The Bottom Line is Attachment

All children need love, demonstrated through the development of an attachment between the parent and child…and eventually between the child and his sibling. Sibling spacing, especially if closer in age, can affect this attachment process if parents aren’t prepared for the demands of caring for multiple small children. In essence, the new baby or one of his siblings could feel “left out” of his parents’ emotional attention, especially if the child isn’t as assertive as other children in the house or if the child has a high-needs temperament.

According to Dr. Gary Chapman, author of the Five Love Languages book series: “Child psychologists affirm that every child has certain basic emotional needs that must be met if he is to be emotionally stable. Among these emotional needs, none is more basic than the need for love and affection, the need to sense that he or she belongs and is wanted. With an adequate supply of affection, the child will likely develop into a responsible adult. Without that love, he or she will be emotionally and socially retarded.”

Chapman continues that a child who is not receiving enough love, time, and affection will begin to act out in order to elicit attention from his parents. Some parents of closely spaced children have reported that when one of their children begins to act-out, it is often because he is feeling the other child is receiving more attention. A child’s behavior is one way he communicates his needs for closeness and connection. Parents who are conscious of this will be able to reduce, if not eliminate, these behaviors by taking the child’s cues, using empathy and understanding to reconnect with him.

That doesn’t mean it’s a quick fix; for some it may take time and consistency. It’s time well spent because a healthy attachment between parent and child is essential in raising an emotionally healthy adult.

In “Spacing Your Kids: Is There an Ideal Interval?” on iVillage’s Pregnancy and Parenting, http://parenting.ivillage.com/ttc/ttcprep/0,,48dx,00.html, Laura Davis and Janis Keyser share their thoughts on why parental attention may lack with closely spaced children: “If you have two children under three or two children under two, there is likely to be a pretty constant, sometimes overwhelming need for adult care. Parents may feel exhausted, like they are missing the chance to really enjoy each child as an individual.”

However, Davis and Keyser admit that much depends on the temperament of the parents and the children involved. For some children, a new baby can be an exciting adventure; for others, any change is difficult. The same holds true for parents, but it is how the children react to a new sibling and to the sibling spacing that is more influential on parents than their own adult temperament.

The Role of Birth Order and Gender in Sibling Spacing

There are a number of factors in the outcome of spacing on siblings, from the temperament of the parent and each child to birth order and gender. Says Dr. Kevin Leman, author of The Birth Order Book: “In any family, a person’s order of birth has a lifelong effect on who and what that person turns out to be.”

According to Leman, birth order determines the way that children relate to their parents and siblings based on their order of birth into the sibling grouping. Birth order goes hand-in-hand with sibling spacing in that the number of years between children, as well as their placing in the sibling line-up, has a lot to do with what sort of temperament that child develops.

First-born and single children emulate their parents, and last-born children learn a bit from each sibling before him. These children all tend to be needier for parental attention and approval. The middle child, or the second-born in a two-child family, on the other hand, tends to be more laid-back and compromising, trying to find ways to get along with the older- and younger-borns.

“[Middle children] usually feel the squeeze from above and below,” Leman writes.

“I have counseled many middle-borns who have told me they did not feel that special growing up,” Leman continues. “‘My older brother got all the glory and my little sister got all the attention, and then there was me’ is a very familiar assessment. Somehow, there just doesn’t seem to be a great deal of parental awareness of the middle child’s need for a spot in the pecking order.”

Because of his more passive temperament, the middle or second-born child can be easily “forgotten” when it comes to giving attention and affection. He naturally compromises his need in order to get along. First- and last-borns, as well as singletons, become aggressive for their parents’ attention if they feel they haven’t received enough. Parents need to be aware of these differences in temperament should their children be closely spaced.

Another idea is for parents to space their children far enough apart to be certain the middle child has several years of parental attention before a new baby comes along. This will ensure that this middle child has been able to develop an assertiveness in order to ask for more attention should he need it.

According to Siblings Without Rivalry, co authored by Adele Faber and Elaine Mazlish, the amount of attention given to children is less important when compared to how they are loved. The authors point out that it is impossible for parents to be able to give equal parts of love and attention to each of their children. Rather than trying to love them the same, parents should strive to give each child the amount of attention he or she needs at that moment, and to love each of their children uniquely.

Another consideration with sibling spacing is the gender of the children and how closely spaced they are. Two boys or two girls close in age, or as part of a triplet or twin pair, can either become the best of friends or overly competitive with each other.

In order to become good friends, one of the pair of same-gendered children must become the submissive sibling. In this case, parents should try to develop the more passive child’s assertiveness. In a competitive pairing, it is best for parents to help each child develop their own individual talents so they don’t feel the need to compete with one another to be “the best.”

Forming close attachments between a child and his parents and siblings has more to do with the style of parenting than any other factor. Concludes Leman, “in any family, a lot depends on the personality and parenting style of Mom and Dad.”

Parents who practice Attachment Parenting (AP), with its emphasis on forming a strong emotional bond between parent and child, are at an advantage over other parents at heading off the potential of one of their children feeling neglected. With AP, it doesn’t matter as much whether children are spaced closely together or farther apart, because the parents will make sure that each child is receiving adequate attention.

However, AP does not decrease the demands and pressures of parenting closely spaced children. Parents who find the infant and toddler years to be very exhausting should consider spacing siblings so that only one child is in these early years at a time. For other parents, wider spacing isn’t much of a concern because they don’t mind the idea of having two or more at the same time during the busy infant and toddler years. In the end, the ideal sibling spacing is truly determined by the parents and what they believe is best for their family.

Rather than dwell on whether a couple years’ difference is enough or five years is too much, what all parents do need to keep in mind when considering sibling spacing is what is needed, no matter the age gap between children, to maintain a happy family. This is ultimately what decides how a child develops into an adult.

“The way parents treat their children is as important as their birth order, spacing, sex, and physical or mental characteristics,” writes Leman. “The key question is: Was the environment provided by the parents loving, accepting, and warm, or was it critical, cold, and distant?”

3 thoughts on “Considerations of Sibling Spacing on the Family Dynamic”