By Isabelle Fox, PhD, author of Being There and Growing Up and member of API’s Advisory Board 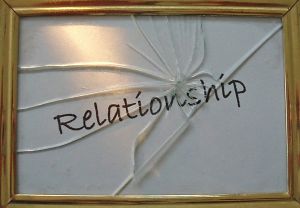 I frequently receive e-mail from parents who practice Attachment Parenting (AP) across the United States and in other countries asking for help and support in custody cases when they are contemplating shared joint custody of their infants, toddlers, and preschool children.

Most of the communications come from single moms who never married or were married only briefly. They often have a poor working alliance with the child’s father and have been unable to establish or maintain a loving, committed relationship with him. As a result, finding an equitable and responsible solution to child custody issues can become a low priority. Money, support payments, anger and/or resentment may be the underlying cause of the conflict.

The best interest of the child is often forgotten. It is tragic that courts and lawyers are frequently insensitive or unaware of the developmental needs of infants and toddlers who lack the language to express their anxieties, stresses, and concerns.

The Best Interest of the Child

Infants need proximity to their primary caregiver. They need to feel protected and close. They require predictable routine as well as consistent, responsive, and nurturing caregiving. Mother or father, a grandparent, or even a substitute caregiver can provide this secure base, but most often it is the mother who feeds, rocks, diapers, and comforts the baby in the early years.

The e-mail I receive most often suggests that the father has not been actively available in the early, crucial months – or even the first year. Many of these fathers have not formed a bond or attachment by routinely responding to the daily needs of the infant.

Anyone demanding overnight visitations for a baby or toddler before establishing a relationship and close attachment must become aware of how extremely stressful – even traumatic – it can be for the young child. Any change in environment or caregiving routine without sufficient verbal preparation is not respectful of the emotional needs of the child.

The development of language, often between the ages of two and three, is crucial to preparing a child for time spent away from a familiar environment. Without a voice, the infant or toddler can’t report their distress. They have no awareness of time, and cannot understand when or if they will see their primary caregiver again.

On returning to their home base, the child most likely becomes overly vigilant and clingy, staying close to mom, and fearful that he or she will be abandoned by her again. Sleep patterns are often disrupted. The child’s predictable world has been altered. They may no longer feel safe and secure.

What a Pre-Verbal Child Feels in This Situation:

“I am 14 months old, and today, I heard my parents talking in loud voices to each other. My dad came to visit. He hasn’t lived ith mom and me for a long time. Now, he wants me to come home with him and stay overnight every week. I like him to visit, play with me, and give me a ride on his knee, but I am worried about spending the night away from my mom. What if my dad doesn’t understand how nighttimes are so different from daytimes for me? When it is dark, I often feel scared. IU won’t feel safe and secure away from the warmth of my mother’s bed. I still like to nurse when I wake up at night. I need my mom then. It’s also hard to fall asleep at bedtime. I am used to my mom’s smell, the sound of her voice, and her songs. Her special way of rocking me helps me say ‘goodbye’ to being awake and playful.

“It upsets me that my parents don’t talk about what I would like or what would be best for me at my age. They argue about money, their needs, and what is fair for them. What about me? They don’t understand that I need to prepare for what will happen when I change homes and routines. Don’t they realize that I am worried and feel mad at both of them for disrupting my life?”

The Harm of Separating Young Children From Their Mothers

Research by Carol George and Judith Solomon found that overnight visitation and prolonged separations of infants and toddlers from their maternal primary caregivers correlated with significant negative effects and signs of disorganized attachment. This group showed no closer bond with the father, even with the increased contact of regular visitation.

Years of research have shown us that children whose early security is threatened have difficulty developing a sense of trust; may become more anxious, angry, or withdrawn; and have an increased probability of a lifetime of problems. We now know that this legacy of bad feelings from the early months can negatively influence brain development, concentration in school, social responsibility, and addictive use of drugs and alcohol during adolescence.

AP and a Non-AP Court System

It is very distressing to read e-mails from upset attachment parents who genuinely want the best for their children. They are confronted by a court system that seems arbitrary, adult-centered, and uninformed. Yet, it is this very court system that makes decisions that can result in lifelong damage to children’s mental health. It is imperative that judges, lawyers, social workers, psychologists, and mediators in our community become educated and enlightened about the profound problems associated with constant disruptions in the infant and toddler’s life.

The most effective resolution of custody conflicts occurs when the attorney understands and is committed to helping both the child and the parent, and when he is prepared to present evidence as well as arguments supporting the child’s position.

Ideally, such evidence should include testimony and written reports from psychologists, psychiatrists, child counselors, social workers, or others who understand the issues and can educate the court about the needs of the young child. Admittedly, this is no easy task, but it is well worth the effort.

As adults, we must create a voice for our young children. We must become their advocates through their childhood but particularly while they are pre-verbal and lack the ability to express feelings, fears, and needs. When we do this, we better prepare them for the adjustments and changes in the years to come.

Tips for Parents Going Through Divorce or Custody Negotiations

One thought on “Do Two Halves Make a Whole?”