By Sadaf Rauf, staff writer for The Attached Family publications 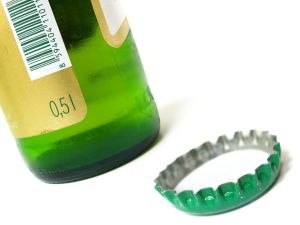 Adolescent use of illicit drugs and alcohol has become a pervasive problem in contemporary society. The National Institute on Drug Abuse (NIDA) 2008 survey found that, by the time U.S. adolescents reach 12th grade, 47% have taken an illicit drug and 72% have used alcohol in their lifetime. Of eighth graders, 28% have used an illicit substance and 39% have tried alcohol. To add to the picture, 55% of 12th graders and 18% of eighth graders have reported being drunk at least once in their lives.

There are certain types of parenting styles that increase the likelihood that adolescents will abuse drugs or alcohol. According to a 2002 University of New Hampshire Cooperative Extension “Parenting Style: Does It Matter?” Teen Assessment Project, the “lowest prevalence of teen use of alcohol, tobacco, or marijuana was found for teens who reported that both parents had a democratic parenting style.”

On the other end of the spectrum is Authoritarian Parenting, where the parent has high demands but shows little affection or love toward the child.  This child constantly looks to fulfill intimate demands from other individuals.  They desire constant positive validation for meeting parental demands but are always left feeling unfulfilled.  In adolescence, these children will be easily influenced by peers. Adolescents will give in to peer pressure in order to gain that positive validation, even if the adolescent is fully aware of the consequence.

What About Prevention Programs?

The basic motivation underlying drug or alcohol use for non-medicinal purposes is to experience euphoria or to obtain relief from a distressful state, whether physical, emotional, or social. Many of these drugs have an addicting quality to them that often times leads to other health or mental problems. There have been many different risk factors and preventive measures found to effect drug abuse among the adolescent population. Prevention programs are aimed to reduce or reverse risk factors and enhance protective factors at each level.

There are many different prevention programs and resources available for teens and their parents. Many programs tend to involve a teen’s peers, because for many adolescents, peers are more influential than other attachment figures. Schools have instilled preventative programs like D.A.R.E. (Drug Abuse Resistance Education) and anti-drug campaigns, but large-scale effectiveness studies have found these programs to be ineffective and, in some cases, counterproductive. It has been found that early action at HOME is the BEST measure.

According to the NIDA’s Red Book, the home can play a large role in the prevention of drug abuse among their adolescents. A healthy family lifestyle focuses on family bonding, strong relationship building, and parenting skills. Family bonding can be strengthened through increased parental support of children, open parent-child communications, and more parental involvement. Parental monitoring and supervision are critical for drug abuse prevention. Rule-setting and consistent discipline that enforces defined family rules at an early age is beneficial to children to maintain individual impulse control. These parenting skills will also encourage academic competency and cause children to befriend peers who display such qualities.

Early drug education is important not only for children but also for parents. Parents should take the time to learn about the harmful effects of illicit drugs and alcohol, and then discuss this with their adolescents. It is important to not use scare tactics and “health terrorism,” for they are not only ineffective but also counterproductive: As young people mature, they learn the reality of myths that were once presented to them as fact, and as a result, parents will lose trust with them.

By starting the conversation, parents open opportunities for dialogue about the abuse of legal and illegal substances. Of the community drug abuse prevention programs, those that encourage open and honest communication are the most successful at reducing adolescent substance abuse trends. Parents and community programs, alike, are also effective by promoting healthy lifestyles and educating adolescents as to the effect of substance abuse on their health.