By Jan Hunt, member of API’s Advisory Board and API’s Editorial Review Board. Reprinted with permission from www.naturalchild.org 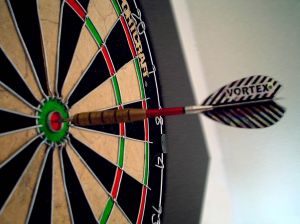 My son Jason, now a young adult, has been unschooled from the beginning – we were fortunate to have discovered John Holt’s books when Jason was two, and never looked back.

Jason was a very inquisitive child, who loved learning new words and playing with numbers. He had an extensive vocabulary by 18 months, understood the concept of infinity at two years old, and taught himself squares and square roots at three. In spite of all this, I still wondered if I should use a curriculum, especially for math. It was hard not to worry when taking a path that was so different from the one I had taken in childhood. It was also hard not to be affected by my parents’ doubts, even though I understood the reasons for their skepticism.

When Jason was seven years old, he asked for a math book as his special holiday gift that year. We had recently read John Holt’s glowing review of Harold Jacobs’ book, Mathematics: A Human Endeavor, in Growing Without Schooling. The book proved to be as wonderful as John Holt had said, and we enjoyed it a lot. But a few months later, I noticed that Jason hadn’t looked at it for a while. I decided to suggest reading a chapter per week together. Fortunately, I was busy that day and didn’t get around to asking him. That evening, Jason came up to me, book in hand, saying, “Let’s play math.” My first thought was, “Whew, that was a close one.” Had I made my offer, he probably would have accepted it, and even learned from it, but where would the concept of math as play have gone?

When Jason was eight years old, my neighbor, who also had an eight-year-old son, asked me if Jason knew the times tables, and when I said he did, she asked me how he had learned it. Her son had struggled for months, and still had trouble remembering the answers. He was frustrated and worried about his grades, but none of her ideas had helped. I explained that Jason learned everything in a very natural way, as needed. For example, his dad had brought home a dart board, just for fun, a few months back. Scoring a darts game involves both addition and multiplication, and because Jason wanted to be the scorekeeper, he learned all the number combinations used for darts (and later learned other combinations as he needed them), though the dartboard had not been purchased with that in mind, nor had we ever used the term “times tables.”

Now, Jason can do math in his head, unlike me. Having memorized formulas, I can solve most math problems but always on paper, and I rarely understand the concepts involved. Jason can not only do the math easily but really understands the whole process. If he happens to need a new mathematical tool, he can easily learn it. He needed to know about sines and cosines when he converted paintings into graphics for my children’s book, A Gift for Baby. He learned this quickly and easily from the Internet. I could only look back and remember how much time I had spent memorizing calculus formulas, and though I passed all the tests, I really hadn’t learned anything. I didn’t understand how the formulas actually worked or how to use them in the real world.

Jason has learned much of what he knows through play, and has the same love of learning he was born with. He learned about money by playing Monopoly, about spelling by playing Scrabble, about strategies by playing chess, Clue, and video games, about our culture by watching classic and modern TV shows and films, about politics and government by watching Yes, Minister, about grammar by playing Mad Libs, about fractions by cooking, about words by playing Dictionary, and writing skills by reading P. G. Wodehouse. He learns about life through living it. But all of this learning has taken place more incidentally than intentionally, as part of the larger business of living life freely and naturally.

During a recent newspaper interview for an article on unschooling, the reporter asked me which techniques unschoolers use that could be used by parents of children in school. I explained that unschooling isn’t a technique; it’s living and learning naturally, lovingly, and respectfully together. As my friend and unschooling parent Mary Van Doren once wrote: “Raising children with an emphasis on intrinsic rewards is not a technique, a method, or a trick to get them to do what the parent wants them to by subtler means, but a way of life, a way of living with children with real respect for their intelligence and for their being.”

I feel indebted to John Holt and other unschooling writers for encouraging me to trust Jason to know what he needed and wanted to learn and how to go about learning it. But my best teacher has always been my son. For parents who went to school, unschooling can be a challenge, but it is also our best opportunity to learn to trust our children’s natural love of learning.

2 thoughts on “Unschooling: Learning through Play”