By Joe Diomede, author of Cycles of a Traveler and owner of Cloughjordan Cycle Co-op in Tipperary, Ireland, CloughjordanCycleCoop.com 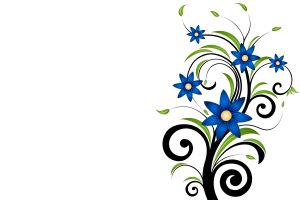 When my wife, Angie, and I became parents, a whole new world was opened up to us. We had read books and talked to friends as everyone does, but in the same way that you cannot learn what a good Indian curry really tastes like until you experience it for yourself, being a parent and all that that entails was still only conceptual until the day our son arrived.

On that day our world changed — and not just because we now were three. Just five weeks after Louis was born, we moved to a tiny village in the Loire Valley of France and, in doing so, found ourselves in the situation of being cut off from friends, family, and such networks in a way that rarely happens to new parents in today’s world. It was during this time that we came to deeply connect with a part of ourselves that is buried within all of us and continually trying — sometimes even screaming — to be heard: our instincts.

As parents, we are generally not allowed the space to be able to connect with our inner feelings. There is constant bombardment from all sides telling us what a baby and mother need to be happy, well adjusted, and healthy. While many of these sources may be well-meaning, none of them are without an agenda: Governments, in conjunction with the powerful medical/pharmaceutical industry, want us to raise our children a certain way within their system of medicating and vaccinating our children to excess; baby food and formula manufacturers discourage breastfeeding so we spend on all the accessories to complicate a totally natural process. As new parents we are so vulnerable. We instinctively want to do everything right for our child, but with powerful influences like these, many of us are left shell-shocked and blind to what feels instinctively right. If somehow we could pull away from all of the people trying to sell us and tell us, we would be able to reconnect with ourselves and realize that we are the experts, and that is exactly how nature intended it to be.

A couple of months before the birth, a friend of Angie’s offered us her empty house in the Loire Valley of France — an opportunity we didn’t pass up: house sit and redecorate for her, both of us be there for our child’s first months of life, grow our own veggies, and have a totally different beginning as a family. It wasn’t going to cost much and we had some money saved, so there was not much to lose. We felt it was a perfect move.

It soon transpired, though, others felt very differently: “Your baby will be a newborn. What about a doctor, a phone, a car, your family and friends – your support network?” I can honestly say we didn’t listen to a word. Yes, it’s true our decision to move was made before the little guy arrived. We had not held that small baby and felt his warm fragile body. We had not known what protective instincts would come over us when our child was out of the womb. All we could do was be strong and go with what felt right.

Louis arrived after a 14-hour drug-free labor. The first part of the day was spent walking on the beach connecting with nature and each other. Angie was determined that if she could keep in touch and go with the feelings that were happening to her rather than panic and try to get away from them, then everything would be fine. She also had me to remind her and keep her grounded when things became a bit too much. With labor now behind her, Angie constantly tells people of her belief that a normal labor is about 75% mental and 25% physical and that all the negative programming we hear, often in the guise of education, before giving birth can only disempower and weaken the inbuilt ability that women have to give birth naturally.

So when Louis was five weeks old, the move was made down to France. Angie’s college-level French came into its own, and with our neighbor’s help and a few borrowed tools, we had some beautiful, weed-free, brown earth ready to be planted.

Louis seemed quite content to lie near us on a shaded blanket and watch the birds and insects fly by as we worked in the garden. We were enjoying every minute of our lives. We had all day and night to spend with our son, no pressures, and the best thing we actually had was time to really get in touch with ourselves. We were able to make so many decisions without any interference. It’s true that we were miles from any social support systems, such as friends and family, and there were certainly times when we might have liked a word of reassurance or a home-cooked meal from a friend or relative, but Angie and I discovered depths of strength we never dreamed existed and the three of us developed a bond beyond anything we had ever known before.

When Louis was eight weeks old, we put a second-hand car seat, which Angie bulked up with comfortable padding, into a bicycle trailer. Now Louis and Angie could accompany me on my four-mile round-trip cycle ride to the nearest town with a market. Louis loved his first ride so much that we started exploring the wider area as a cycling family and became somewhat local celebrities. People were attracted by the novelty of the whole thing and became instantly smiling and friendly when they saw us. It just added to our status already as the quirky foreigners with the cotton diapers hanging on the washing line. I guess this was the reason we didn’t get any strange looks from the olive and cheese stall holder the first time we asked him to weigh Louis on his scale. It was almost expected.

Our veggie patch prospered, Louis was healthy and seemed happy, and our nights were basically calm with him in our bed. Each decision — like co-sleeping and long-term breastfeeding — was less a choice and more an obvious path.

We stayed in that tiny village for ten months. Louis was such a healthy boy that we never needed to call on the services of the local doctor, who also happened to be our next-door neighbor.

In March, we were heading back to New York for a year. It was a great opportunity for Louis to be introduced to his large Italian American family and for us to come to New York for the first time as parents.

It was when we got to New York that we went to our first La Leche League meeting and met other attached parents. The instinctive way of bringing up a baby that Angie and I had followed actually had a name, a legion of followers, and libraries of books attesting to its virtues! We were relaxed with ourselves as parents and now had some like-minded friends. We were also introduced to baby sign language, which benefited all of us. Our choices spoke for themselves, and some of my family were actually enjoying the world we were opening up for them as well. Louis’ fruit-eating capacity and his love of ethnic foods gained him two nicknames: “Mr. Spicy” and “The Goat.”

I had to defend our decision not to vaccinate Louis to my well-meaning cousin who is a doctor in New York. Funny enough, two years previously, Angie and I had to defend our decision to have a homebirth to the same cousin. But demonstrating by example, hearing and seeing us standing strong and confident in our position, and seeing the living proof in Louis, I believe we have possibly opened up otherwise closed subjects to his medically-orientated mind.

Back Home with a New Lifestyle

After leaving New York, we headed back to France — this time to our own house in rural Brittany. Growing gardens was becoming a major part of our life. We were getting hooked on living away from it all, and our instincts were taking us down a path towards a simple lifestyle of non-consumerism: Our bike riding had never diminished as much as grown, as we tried as much as possible not to get into the car we had purchased for the further afield shopping trips. We enjoyed living in our small house in the countryside, growing our own food and being “creatively poor” as we liked to call it.

When Angie became pregnant ,we came across a book called Diaper Free. It interested us, and we thought we would give it a go. Raising Francesca diaper free proved to be a challenge, but at the same time was an incredible opening to a world that forced us to rethink some other pre-conceived ideas that, until then, we had never thought to question. It also made us realize just how much small people, even at six weeks old, are capable of, and how truly sentient a human child is.

Since we had fallen off the mainstream path in many ways, my family in America and Angie’s in England were not surprised about our new foray into alternative parenting. It was an incredible journey and humbled us in our realization that, like an onion, we have many layers to yet peel back.

The attachment style of parenting has always had its benefits in watching our children be a part of their own process of growth and maturation. They have taught us more about ourselves in their short time with us than any self-help course could ever do. We encourage them to safely explore their instincts and to try to work problems out for themselves.

Our instincts brought us together as a couple, then helped lead us to where we are now as individuals, parents, and a family. This is not to say that we are perfect — far from it: Angie is fond of saying that parenting is the hardest, most wonderful, frustrating, fulfilling, amazing thing that can ever happen to you, and the biggest catalyst for personal growth in the world! I whole-heartedly agree.

Instincts have been around a long time. They have helped us survive and evolve as a species, so we are pretty comfortable trusting that they will help us to tread the path of parenting in the challenging years ahead. When in doubt, we always turn to books that have inspired us in the past or new ones that find their way to us. We also look forward to reading other sources such as good magazines, websites, or words of encouragement and advice from friends and others on similar paths. These resources are invaluable as guides, but remember, the inner voice should always have the last word.

These are books that Angie and I have found, and continue to find, helpful in our parenting journey:

7 thoughts on “Attachment by Accident: One Family’s Alternative Parenting Journey”