By Jan Hunt, founder/director of The Natural Child Project, www.naturalchild.org

We hear it all the time, when spanking is mentioned. Someone steps forward and says something like this:

“Well, I don’t see what all the fuss is about. I was spanked, and I’m fine. We all know that sometimes spanking is necessary for solving problems with kids. And since it’s both necessary and harmless, it should be allowed and even encouraged.”

At face value, this seems to be an airtight case — a perfectly logical justification of spanking as part of the necessary discipline of children. And a lot of people see it that way. But is it really so logical? Is spanking necessary? And is it as harmless as so many believe it to be? 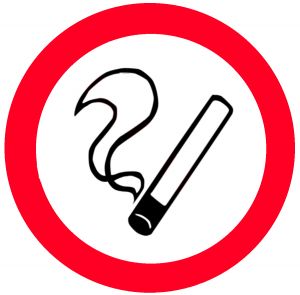 This analogy should help to make it clear that the spanking argument, like the one on smoking, is based on false assumptions and leads to illogical conclusions. Some children, like some smokers, are less affected than others because of a natural emotional resiliency, just as Mr. Burns must have had physical resilience. Some children, like some smokers, are less harmed than others because of mitigating factors, such as the presence of other adults who treat them with love and care. To the extent that a spanked child is really “fine,” it is in spite of, not because of, the punishments they have received. Mr. Burns must have had mitigating factors, too. Perhaps his strict regimen of daily exercise helped him to fare better than other smokers, or perhaps he inherited a strong constitution.

For many reasons, George Burns was one of the survivors among frequent smokers. And for many reasons, there are also “survivors” of spanking. But we can never know just how much happier and more fulfilled they might have been had they been gently guided instead of being punished — any more than we can know just how much healthier Mr. Burns might have been had he never smoked a cigarette or a cigar. Would he have lived even longer?

Like smoking, spanking can be harmful and it is entirely unnecessary, because there are far more effective and emotionally healthy alternatives. And these alternatives work in the long term — unlike spanking — because they establish a pattern of good behavior that is motivated by the simple, genuine desire to reciprocate love.

As Dr. Elliott Barker has written: “Kids who have their needs met early by loving parents … are subjected totally and thoroughly to the most effective form of ‘discipline’ conceivable: they don’t do what you don’t want them to do because they love you so much!”

Behavior that is based on fear can last only until the child is old enough not to fear defying the parent. Punishment builds anger and resentment within the child that will inevitably be expressed at a future time — angry teenagers do not fall from the sky! In contrast, behavior that is based on mutual love and trust will last through all the years of a child’s life, and through the entire length of the parent-child relationship. There is little that is more rewarding for a parent than the enjoyment of an enduring, loving, and close tie with their child over many years.

Given all of this, let’s revise the spanking argument:

Spanking, like all other forms of punishment, such as timeout and consequences, can only bring about temporary and superficially “good” behavior based on threats and fear.

As John Holt reminded us years ago: “When we make a child afraid, we stop learning dead in its tracks.”

Gentle, loving, and respectful guidance is the only truly effective way to help a child to grow and develop to his full potential as a loving and trusting adult. Spanking is unnecessary, harmful, disrespectful, and unfair. Let’s stop doing it!