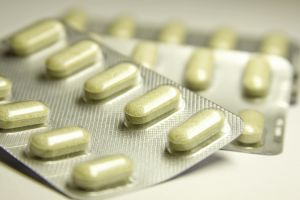 In April 2005, Rani Jamieson gave birth to a healthy baby boy, Tariq. She was given Tylenol #3, a medication containing acetaminophen and codeine, for postpartum pain. She took two pills twice a day, less than the prescribed amount, and cut this dose in half two days later after experiencing fatigue and constipation. She was told it was safe to take this medication while breastfeeding, and did so.

When he was seven days old, Tariq became excessively sleepy and had trouble breastfeeding. His mom began pumping and froze her extra breastmilk while continuing to nurse. She brought Tariq in to see his pediatrician when he was 11 days old for poor feeding; the pediatrician noted he had regained his birth weight and nothing further was done. On his 13th day of life, Tariq became unresponsive. When the ambulance crew arrived, he was already dead. Six months later, an autopsy showed a deadly overdose of the codeine his mother had been taking.

Codeine is generally regarded as a safe medication for use by breastfeeding moms immediately postpartum. In 2001, the American Academy of Pediatrics issued a report stating that codeine had not been reported as causing signs or symptoms of problems in breastfed infants and that it had no effect on lactation. It was included in a list of medications “usually compatible with breastfeeding.” Actually, several reports of apnea in infants whose mothers were taking codeine had been previously reported, in 1993 and 1984, according to a study published in the January 2007 issue of Canadian Family Physician.

Even today, the Academy of Breastfeeding Medicine, a breastfeeding advocacy organization, reports that codeine is generally a suitable choice for postpartum pain. In their report on pain control in breastfeeding mothers, they advise limiting doses of pain medications to the minimum amount necessary and suggest that nonpharmacologic means of pain control such as hypnotherapy may be better. However, they ultimately conclude that codeine is generally safe because it has been widely used by millions of women worldwide.

How can a medication that has been safely used in millions also be dangerous enough to kill a newborn baby, even when used at lower doses than the standards recommended? Scientists have recently begun studying the role of genetic variations in drug reactions. They have found that individuals with certain forms of genes are more likely to metabolize drugs in ways that lead to higher side effects. For example, the chemotherapy drug cisplatin causes hearing loss in some of the people who receive it, particularly children. However, until recently, no one knew why this was. It’s now been shown that certain forms of genes are responsible for this side effect, as published in the September 2007 issue of American Journal of Human Genetics.

For codeine, the answer lies in a gene called CYP2D6. Those with a certain form of this gene metabolize codeine very rapidly. Codeine works as a pain medication after it is metabolized to morphine, which then acts on pain receptors in the body. Those who metabolize codeine very rapidly end up with very high levels of morphine in their bodies very quickly. In the case of Tariq, his mother had symptoms early on, suggesting that she was a “fast-metabolizer” of codeine. Tariq was found to have morphine levels of 90 ng/mL, much higher than the level usually seen in infants receiving intravenous morphine, about 12 ng/mL. Rani’s frozen breastmilk contained 87 ng/mL of morphine.

Why, before codeine was deemed safe for the infants of nursing mothers, weren’t morphine levels in breastmilk studied? They were. A study published in The Journal of Human Lactation in 1993 measured the levels of morphine in the blood and milk of seven mothers taking codeine and in the blood of their infants. The levels of morphine in the infant’s blood never exceeded 2.2 ng/mL, which is generally considered a safe level, and is much lower than the levels found in Tariq’s blood.

Claims of medication safety are usually made after drugs have been tested in uniform populations at standard dosages, not in diverse populations that represent our society. In the case of CYP2D6 gene variations, the fast-metabolizer form occurs in up to 29 of every 100 people, depending on ethnicity, as published in the Canadian Family Physician study. It’s easy to see how measuring the levels of morphine in the milk of seven mothers of an ethnicity with a 1% rate of genes causing fast metabolism of morphine would be unlikely to include a mother with this variation. Had the study been done in mothers of Ethiopian descent, who have the highest chance of having this form of the gene, the researchers likely would have seen very high levels of morphine in the milk of at least one of the mothers.

Given these facts, it is likely that millions of infants worldwide go through their first days of life sedated and drowsy, while their mothers are reassured that the medication they are taking is harmless. Many new moms, unfamiliar with an infant’s behavior, may not recognize that their babies’ behavior is unusual. If they do worry and seek medical care, many doctors would fail to recognize the symptoms as a drug effect. One can only surmise the effects of this early drug exposure on brain development.

Genetic mutations such as this also account for other side effects of medications. For example, the CYP2D6 gene is also important in how the body handles another pain medication, tramadol. Those with the gene variation causing rapid metabolism are much more likely to experience nausea than those who do not. Half of rapid metabolizers develop nausea, compared to only 9% of those who are able to metabolize tramadol completely, according to a study published in the February 2008 issue of Journal of Clinical Psychopharmacology. Similarly, individuals with this form of the gene who take codeine have a 91% chance of becoming excessively sleepy with the medication, compared to 50% of those without it. Those who metabolize codeine very rapidly have 50% higher levels of morphine in their systems.

This new understanding of the role genes play in the way our bodies process drugs illustrates the reasons why pharmaceuticals that seem safe can still be very dangerous. Since this report was published, some strategies that have been recommended are using medications such as ibuprofen instead of codeine in breastfeeding mothers, using codeine for a shorter time after the baby is born, or even performing genetic studies in all mothers to determine if it is safe for them to use codeine while breastfeeding. These strategies are flawed. Simply reducing or changing the pain medication used is not likely to be effective in controlling a mother’s pain. Carrying out mass genetic screening would be extremely costly and time-consuming.

Not only are these strategies impractical, they fail to address the real issue. Pharmaceuticals are dangerous. Reports indicate that adverse drug events occur in 67 of every 1,000 hospitalized patients and are fatal in 3.2 of every 1,000 patients, according to a study published in the April 1998 issue of Journal of the American Medical Association. Worse, 95 of every 1,000 hospitalized children experiences an adverse drug event. Of every 1,000 children admitted to the hospital, 20.9 are admitted because of drug reactions. Almost half of these are life-threatening reactions. It’s estimated that 14.6 of every 1,000 children who are not hospitalized will experience an adverse drug reaction, as published in the July 2001 issue of British Journal of Clinical Pharmacology. According to the United States Food and Drug Administration, if these rates are accurate, adverse drug reactions are the fourth-leading cause of death in the United States. Even when drugs are thought to be safe for many years, using them can still have devastating consequences.

The best strategy, one that isn’t commonly proposed, is simply avoiding medications in the first place. Medications are widely overused. In the case of postpartum pain, choosing a natural childbirth, with alternate methods of pain control if needed, provides the safest environment for the baby. This option avoids the risks of codeine in particular and also lets women avoid all of the drug effects that are not yet understood and can’t be predicted. If a mother does feel that taking a medication is important for her health or that of her child, she should diligently watch for any side effects. Mothers are wise to listen to their bodies and to not hesitate to seek alternate treatments if concerning symptoms occur while taking a drug.

Some mothers who chose to avoid drugs while pregnant and breastfeeding do so because they are aware of studies showing the harms this can cause to their infants. Most, however, likely are led to this choice by their innate wisdom. The choice to have a natural childbirth is often criticized as unnecessary because of claims that drugs such as codeine are safe. The new understanding of genetic variations provides evidence that the instincts of mothers who choose to avoid these situations should be trusted.

Mothers who are in a situation where they are offered pharmaceutical treatments should carefully weigh the potential, unknown risks of taking these medications. Because the effects a drug will have on one individual cannot be predicted by what has happened in others, one cannot be too cautious in making this decision. As with many parenting decisions, the choice to use pharmaceuticals cannot be taken lightly. It is prudent for all individuals, but especially nursing mothers and growing children, to avoid these potentially toxic chemicals whenever possible.

3 thoughts on “The Danger of Pharmaceuticals”