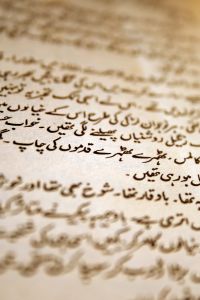 Traditional wisdom has been to start teaching a second language in middle school, or even high school. Yet numerous research studies clearly demonstrate that the optimal period in a child’s life for multilingual education is during the preschool years — at exactly the same time they are learning their first language. Yes, it is possible to learn a second and third language later in life, but it is more difficult, because that neurological “window of opportunity” — when the brain is most malleable — has passed.

According to Dr. Fred Genessee, Professor of Psychology at McGill University in Montreal, Canada, it’s as easy for young children to learn two or three languages as it is for them to learn one. He’s not alone; educators throughout the world (in countries that often have two or even three official languages) have understood this for decades.

The way a child learns a second language is by actually speaking it in a total immersion environment. You may recall an episode of the animated series The Simpsons in which young Bart gets trapped on a farm in France — and by the end of the episode, finds he’s actually speaking the language. While this was a fictional scenario, the phenomenon is real; anyone who has taken young children abroad to stay with relatives in a foreign country for any length of time has observed this happening.

Enrollment in a preschool program that offers immersion in other languages is the best way to get your child started.