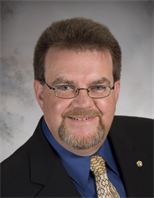 The General Assembly of the United Nations declared September 21st as the International Day of Peace. Since the first year of celebration, many schools around the country have used that commemoration to influence children on the importance of world peace. So this past September 21st, I took a film crew with me to an amazing Montessori school deep in the Berkshires of Massachusetts, to see what they were doing.

Meagan Ledendecker, the school’s director of education, asked each of the classes to create a project that would represent their own celebration of world peace. I thought this was an awesome day at the school and featured Meagan and some of the school projects on my television show. You can watch the clip on my website.

Everything I teach in my parenting program and all that I feature on my television show are dedicated to increasing the peacefulness in families and classrooms. If we hope to have less war and conflict in the future, and more love and compassion for one another, then it’s up to us to cultivate that in our children, who will be responsible for carrying out the plan. Here are ten things any parent or guardian can begin doing immediately to raise more peaceful children.

1. Keep electronics and toys out of the bedroom. Children need to have their refuge, a place where they can go to reflect, think and hear the inner voice that speaks to them. That space should have as few distractions as possible. Books and a small device for approved music are acceptable.

2. Listen more than speak. Peaceful and calm children don’t have to fight to get your attention or misbehave to be heard. Our children don’t care how much we know; they want to know how much we care by reducing the amount of lecturing and instructions. In many cases our children already know the answers to things, so ask open ended questions.

3. Reduce the audible and visual noise at home. I know some families that turn on the radio or the television just to have noise in the background. This can indicate a lack of internal peace for the adults. Avoid automatically transferring that emotional unrest to your children.

4. Minimize the clutter around the house. Everything lying on the floor, on the dining room table or on the kitchen counter speaks to whoever walks by. Bring in a professional organizer or reduce some the “stuff” your family has. Donate the things that are no longer used, and then notice the difference in how your family feels emotionally.

5. Introduce your child to meditation and/or prayer. Although it is my belief that these two activities are different and complementary, either one is a good place to start. Prayer is communicating with the Higher Power, and meditation is waiting for answers.

6. Take yoga classes with your child. Our children are growing up in a fast-paced and stressful world. Introducing them to yoga can have profound effects including physical flexibility and body awareness, the development of a sense of calmness, and an increase in their ability to concentrate. Some have even said that it connects a child more deeply with their inner self and brings about a relationship between them and the natural world that surrounds them.

7. Create family activities that speak of peacefulness. In your family meetings, teach your children more calmness through activities that require little or no talking. Coloring and craft projects are great places to start. Turn off the music and news, and spend more time in silence. Much of the northeast was hit with a huge and unexpected snow storm in late October 2011. I remember my family and I being without power for nine days and during that time enjoying moments of playing cards by candlelight. Don’t wait for a disastrous storm to make that happen for you.

8. Declare no Facebook or cell phone time periods. Homework and bedtime are two I can think of, but don’t stop there. Using cell phones and Facebook are not critical life skills for children and young teens, so help them know this by limiting their use. And don’t stop at time periods; declare cell phone and Facebook free zones in the house where they can’t be used. The dinner table and living room are two that come to mind for me.

9. Reduce TV, computer and video game time to one hour per day. Your children might think they are going to die without these things, but you know they aren’t. When time-wasters are managed and limited, amazing things happen with children who have extra time on their hands. These kids ride bikes, color, build things out of LEGO bricks, draw, write and more!

10. Become a more peaceful parent. I can’t think of any other way to teach children to become more peaceful than to show them what it looks like. Model many of the suggestions in this article, and watch your children transform before your eyes. They want to be just like you, so why not cultivate the behaviors you want to see by modeling them first.

4 thoughts on “Ten Tips for Raising a More Peaceful Child”