By Naomi Aldort, author of Raising Our Children, Raising Ourselves, www.AuthenticParent.com

A tantrum can vanish before it starts if we put the spotlight on it with validation and playfulness. Six-year-old Danny (names and scenarios are changed) came into the kitchen and asked his mother for a dessert. His mother said, “If you want something sweet, there are grapes, peaches or dried fruit.” 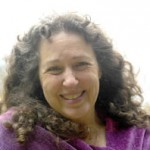 “I want only watermelon, that’s what I want. Nothing else!” said the boy emphatically.

I was sitting close by and saw the tantrum building up. Danny stamped his foot lightly, he frowned, and his voice became tight as he was repeating his plea and was ready to explode. At that moment I said, “There is no watermelon, and you want to have some! You are getting yourself into a tantrum. Let’s have a tantrum about it together; a double tantrum, you and I.” The boy smiled and immediately relaxed. I then added, “A triple tantrum with Mom, too,” and seeing his Dad walking by, “no, a quadruple tantrum with Dad, too.”

The boy turned around laughing and looking at his Dad. Dad acted a slow walk, sneaking out of the room as though he wanted nothing to do with it. The boy went after him. His father returned to the dining room and produced an impressive tantrum. “I want watermelon,” he screamed theatrically as he stamped and jumped with a thump. Danny was so excited. He laughed and ran to tell his brother all about it. In a minute we heard the boys playing happily.

We can disarm the buildup of tension simply by telling the truth with humor and playfulness. The “pink elephant” was: “Here comes the big tantrum,” which will end up with frustrated and angry parents. All I did is called the “pink elephant” by its name and gave it complete permission to exist by saying, “Let’s have a tantrum.”

In my validation, I had no intention that he would forget about his wish or that the tantrum would vanish. This is just what happened. If he had the full tantrum, aware of our understanding, it would have been a healing release. It would have lost the false intention to materialize a watermelon and instead would have been an honest emotional expression.

On another occasion with a family who were at our home for my guidance, four-year-old Hanna (name changed) stood by her mom asking for something mom could not provide in the moment. The girl’s body tightened. Her knees locked. She wrinkled her forehead, and the tantrum was just about to take off when I made eye contact with her. Feeling caught, she stopped and smiled at me. The tantrum evaporated.

My glance at the girl was like a witness of truth. She felt caught in her act. Her tantrum was not self-expression but a strategy to get what she wanted “now.” She saw me as someone who knew what she was doing, and so her show lost its purpose.

We sometimes try to pretend that we don’t notice the arising tantrum, thinking it will go away. What helps is exactly the opposite. When we bring what is occurring into the light, then if the child needs to cry, she will cry, feeling connected and heard. If, on the other hand, her tantrum is a tool to change reality, she is very likely to pull right out of it. (By the way, children learn from us that a tantrum will change reality.)

Become aware of yourself, and notice when you pretend not to notice your child’s pre- meltdown signs. Catch yourself, and do the opposite; connect by telling the truth and, when appropriate, add humor and playfulness. You will be amazed to discover that “pink elephants” are rather friendly.

One thought on “A Tantrum is a Choice”