In the pine covered Sierra Madre Mountains of southern Mexico we are raising our young daughter on a small permaculture farm. We keep our door open to the people from the tiny mountain communities who come here to learn how to grow their own food organically. It is work we love, but the demands of managing multiple projects through our non-profit organization make it absolutely necessary to have full-time household help. 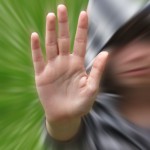 The young women who have worked for us managing our home have been real lifesavers. Our housekeeper provides order, structure, and lunch in our busy office-school-home. She also fills in the gaps in care for Nicole when Mommy is on the computer or attending visitors.

Flori was one of these indispensible helpers. Nicole, just 3 years old, adored her. She would pick up her play phone and pretend to be Flori talking to her boyfriend. I was grateful that, as the mother of a grown son, Flori understood my daughter’s needs and knew how to keep her feeling cared for. With Flori here I could get a little more sleep, knowing that Niki would happily run into the kitchen for the breakfast she would make in her predictable way.

She took charge of maintaining our home for nearly a year until she announced that she was leaving to open a restaurant in another city. While we were happy for her, we quickly raced to find a new person to provide the essential help that allows us to manage our workload and still be present for our daughter. Thankfully we found a pleasant and bright young woman named Jasmin to help us.

The new housekeeper, Jasmin, had her own rhythm and energy, was both pleasant and competent, but she was new, unfamiliar and not-Flori. Right from the first day that she came into our home, my outgoing, happy child suddenly transformed into one of those dreadful children that belong to someone else and whom we are relieved does not live in our house. She would throw whatever she had in her hand at Jasmin and shout “Go away, Persona!” in her mixture of Spanish and English.

Jasmin took it in stride, but as the days started adding up, things were not getting better. She seemed to adore Niki, calling her “preciosa” and kissing her often. But Niki continued to be conflicted about this unfamiliar Flori-substitute. She cried more often and became frustrated easily and at full volume.

Flori was not the only person in Nicole’s life who had gone away. As part of our non-profit work we are blessed to have the help of international volunteers who come to live and work with us. During their stay they become part of the family until the day comes that they go on their way. About the same time that Flori left to start a new life as a restaurateur, Kelly and Jason finished their service with us. Each of them had been granted special status in little Niki’s heart so it was with tearful eyes that she watched them put their backpacks on and head off to continue their travels.

The stability of Flori was no longer there to fall into for comfort. In her place was this new person with whom Niki had no history or bond. It was just too much. She’d push Jasmin and shout, “Go away, Persona!” Sometimes she would stand up on a chair and shriek for a couple of seconds, her little hands clenched in fists.

With so much work on my plate, I’d been too hopeful that she’d soon adapt to the change in our home. I knew intellectually that it isn’t productive for parents to berate ourselves for taking a while to get insight into the inner world of our young children. But as the outbursts got louder instead of fading away, the guilt meter sounded the dreaded “Bad Mama” alarm. It was not the change itself that was upsetting her. I should have known that Nicole would go through a grieving process when Flori left.

This all became clear when I found myself with my little girl on my lap in a full-blown, fiery volcanic eruption. She thrashed and sobbed as she grasped for relief from something bigger than the trigger that had set her crying. It was time for me to go into that private world of her feelings where I am about the only other human privileged enough to hold an honorary key.

“ ‘Go away, Persona’  you say. You are mad when you say it, too. You really mean it! Yes, you don’t want her here at all!” I waited to let her cry, to allow the feeling of being understood sink in. Then I asked, “So… if Jasmin goes away like you say, who will come back?”

“Flori!” she gasped, wiping her nose on her sweatshirt and gulping air.

So we sang an important and necessary song about this painful situation. It was an epic ballad that we created together. We sang to give a voice to the feelings and memories, the joys and the sadness, so that the grief would move up from deep inside and begin to find a way out. It was a ritual intended to honor Nicole’s feelings that had so overwhelmed her. Doing so was the only way we were going to create the space for an easier transition into the new situation.

“I really love Flori, she was my lovie, WHY did she  GO?” The grief was almost unbearable for my little girl.

After many verses, the song seemed to have worked its medicine and even the steam subsided. We were left with just the residual heat, and some nose juice and tears on her face to clean up.

Then my child blessed me with one of those confirmations that assuage the doubt that goes with the territory of being a parent. “I love you, Mommy,” she said as her little body relaxed into my embrace.

After silently counting to 50 or so, I asked her if she thought she could let Jasmin take care of her, thinking that we could now move forward. But the answer was an emphatic, “No!” I gently asked her what it felt like to think about that. In a whisper she let me in on the other piece of the puzzle, “I’m scared of her.”

Of course! As she worked around the house, Flori had always kept my child wrapped in her comforting chatter, making Nicole feel connected and seen. Jasmine worked in silence as she concentrated on doing a good job. It was time for phase two of the Transition Therapy.

Down the hill, our trees were full of ripening fruit. So I asked Nicole if she would show Jasmin how she and Flori used to pick guavas and star fruit from the trees. I handed her a basket with two bananas, one to eat and the other to give to Jasmin. “I bet she’d love to see your special sitting spot,” I suggested.

Hand in hand they went down the path, Nicole looking up at Jasmin, getting accustomed to her face. I could hear Jasmin singing the Mexican nursery rhyme about baby chicks, bless her heart. The sweet music of my little girl’s giggle rolled up the hill. I let out my breath. They stayed in the trees a long time, longer than it takes to pick fruit, long enough to bond with a new friend.

6 thoughts on “The “Go Away, Persona” Mystery: Helping my Young Child Adjust to a Change in Caregivers”