By Chris Oldenburg, originally published on www.BetterParenting.com, reprinted with permission

Many people who have heard of the term attachment parenting probably envision babies cozied against their mothers in wraps or co-sleeping with their parents. However, this parenting approach of forming close bonds with children through consistent positive interactions is not limited to infants and toddlers. Research shows that adolescents go through a period of such tremendous change that they, too, require some of the same foundations that attachment parenting provides. 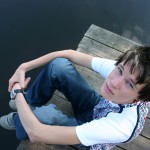 What is Attachment Parenting?

Obviously attachment parenting is not done the same for infants as it is for teenagers, but some of the same core principles are still present. Infants develop attachments to caregivers when their cries and other signals for needs are met. Caregivers, usually one or two involved parents, are present offering positive support, creating a strong bond with the infant. Contrary to some beliefs, infants do not then grow up to be too dependent on their parents and afraid of venturing into the world alone. Instead they learn positive self-images and gain confidence that allows them to step out and try new things, secure in the relationships they can reach back to if needed.

How can I use Attachment Parenting with my teenager?

Now imagine a relationship between a teenager and a parent. Aren’t these some of the same qualities we would hope to see between them? While adolescence is the time when children often seek independence, which can seem at odds with parental involvement, research shows that close parental attachments during this time are imperative for positive growth and development. What might be surprising to many is that teenagers actually want more time and attention from their parents, according to a recent survey that showed 67% of teens polled craving stronger relationships.

Authors Marlene Moretti, PhD, and Maya Peled, MA thoroughly discuss the research that pertains to adolescent development in relationship to attachment parenting in their article, “Adolescent-Parent Attachment: Bonds That Support Healthy Development.” The authors draw clear connections between the positive support that parents can give teenagers and the healthy maturing that these children display. Adolescents who have parents who use attachment parenting techniques appropriate to this age group tend to have higher levels of social skills, are more capable of social transitions, and experience less peer conflicts. Conversely, children who do not have engaged and connected parents tend to suffer from greater rates of mental illness such as depression, have lower self-esteem, and are more prone to eating disorders.

Moretti and Peled compare the support that parents need to give their teenagers as the scaffolding on which these children build their adult lives. How can parents of adolescents provide the attachment parenting techniques that will bolster their relationships instead of threatening their children with the suffocation that many envision?

Parents of teens need to:

One of the worst things parents can do is try to force their teens to comply with sets of rules that are so strict and unbending that there is no room left for the child to make mistakes. Making mistakes is how we learn, no matter our age, and we need to provide our teens with safe places to fall and guiding hands to help steer them in the right directions. When parents oppress their children and try to control their every move throughout adolescence, perhaps feeling that they are protecting or teaching them, they are actually taking away valuable opportunities for personal growth. Sometimes the harder parents try to make children to conform, the more children attempt to flee from that control.

Parenting a teenager is no easy task and requires mental and emotional energy unlike any other times in parenting journeys. Using the model of attachment parenting during adolescence can provide teens with a secure foundation on which they can lean during those turbulent years. It can also lead to a solid lifelong relationship between parents and adult children.

8 thoughts on “Attachment Parenting and the Adolescent Child”