By Emily Cherkin, originally published on StartEmpathy.org, reprinted with permission from Ashoka.

This morning, it snowed in Seattle.  And it reminded me of the night Max was born, almost exactly five years ago, when it was sunny and rainy and windy and then, in the middle of the night, when we were upside down about time and date, we looked out the window and saw snow swirling around.  I don’t remember much about those early days and hours, but I do remember the snow. 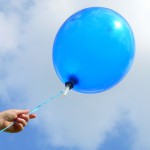 Five years ago, newly pregnant, my husband and I were full of expectation and wonder at how much our lives were about to change.  Like many mothers-to-be, I was fixated on the labor and delivery part of this journey.  I felt somewhat confident the newborn challenges would be manageable, but I knew the labor and birth were all on me.  I diligently took the birth classes, read the books, talked to our midwife and hired a doula.

The one piece of information from our birth class I recalled in the middle of a long and arduous labor was the phrase: “Transition is usually the shortest and most intense phase of labor, lasting about 30 minutes on average.”  When I arrived at the hospital birthing center, 24 hours into labor with Max and nearly fully dilated, I heard the nurses’ whispers: “Transition; she’s in transition.”  Five hours later, I was still “in transition” and nothing I had learned in class seemed applicable anymore.  It would be another seven hours before Max would make his appearance in the world.

During those hours before Max was born, a lot of things happened. It turned out that not only was he a “sunny-side up baby” whose head position was causing me tremendous back labor, but he was also tipping his head back and up—as though arching backwards to see us. Knowing him as I do now, this fit with his determined, strong, curious personality. At the time, however, it put us in a challenging position.

I joked afterwards—rather darkly—that we ended up needing (and using) almost every intervention possible, except a C-section, despite our boldest attempts to avoid interventions. At the climax of the emotionally charged day, the OB who’d been called in to assist told me I had three choices: vacuum, forceps or C-section. I opted for the first and second choices; how could I bear going into surgery NOW, after all we’d been through? From all I’d read and researched, a C-section was still major abdominal surgery, and I felt like we’d worked so hard—we were so close to meeting Max—that we could not “give up” now.

It turned out we almost needed a C-section. The vacuum did not work, despite two attempts, so the doctor turned to the forceps. It was 5:30 p.m. on a Monday. The room filled with people, reminding me of a circus car with clowns climbing out.  Except this was not funny.  Nurses, another OB, another midwife, two pediatricians, the anesthesiologist and our doula filed somberly into the room. The next 30 minutes were a blur of pain, tears, fear, hope and a deep longing within me for it to just be over.

At 6:01 p.m., nearly 36 hours after active labor started, Max was born. I kept asking, “Is he okay?” and crying, “I’m so sorry, baby” over and over again.  Specialists whisked him off to be examined.  I later learned they had been fearful that they might have to resuscitate him.

I sometimes feel like I am cheating Max because every year, as his birthday rolls around, I do not always feel joy and excitement.  I am excited he is growing older and doing more interesting things and blossoming into this amazing young person, but there is also grief in remembering.  Aging is bittersweet; when we are young, we don’t realize it is happening.  When we are old enough to appreciate it, many years have already passed (didn’t someone once say that “youth is wasted on the young?”).

My emotions have been all over the map these past few days.  My recent trip to California with just Max was important and wonderful.  I am glad we made the time to do that together.  But coming home was harder because all the stress of Life was still here, waiting for me. This week we hit the ground running—work and school and laundry and classes and planning his preschool birthday celebration. There was also his friends/family birthday party to plan and my thinking that hosting it at my house would somehow make it simpler (good grief, what WAS I thinking?). And now here we are, on the precipice of his last day as a four-year-old.  I know that tomorrow night when I kiss him goodnight he will still be the same Max he was today and the same Max that will wake up Sunday morning.

But while his birthday is a celebratory day for Max and one that ultimately should bring us joy, it is also marks an anniversary for me of one of the hardest and most difficult days of my life.  It’s complicated when the day that is supposed to be one of the highlights of my life is also one of my greatest hurts.  I tell my students and my children frequently that you can feel two emotions at the same moment.  And for me, Max’s birthday is the holding of two emotions, if not more.  The further out I get from his actual birth, paradoxically, the more I seem to recall.  It has taken many months and several of his birthdays for me to realize that what happened the day he was born was not my “fault.” It has taken me that long to find ways to have empathy for myself and our shared experience.  But it hasn’t been easy.

Yesterday in the car, Sylvie and I were listening to the kids’ radio station, and a song came on (by the Okie Dokie Brothers) called “Along for the Ride.” The song, about life and traveling down a river, gets to one lyric that says how I will go along for the ride if, “child, you’ll be my guide.” It made me start crying right there in the car.  It made me think about how much I have learned about myself and life from being a parent to Max, and while yes, I have learned a lot about parenting too, I do not think this evolution of self would have ever occurred for me had I not had the birth experience I did with Max and had I never been Mom to Max.  It made me realize how much Max is truly my guide, even though I am his parent.  I cannot navigate these waters without understanding him, and every day he shows me how to do that better.

And every day that we (pardon the cliche) continue down this road, we also get further from the starting point.  Mostly that’s okay, because it means leaving behind something painful and scary and sad, but also it is painful and scary and sad to leave it because it means Max is further from being that tiny baby who fell asleep on my chest, who cried for us so often in the night (Why shouldn’t he, given the birth experience he had?  Why shouldn’t he have that need?), who fell in love with trains before he was even two years old.  I keep thinking I will remember all this, and some of it I may, but much of it slips away as I make space in my mind for new memories.

This is the crux of parenting—not the diaper changing and the spitting up and the messes and the tantrums—but the shifting of older memories and experiences to make room for the new, and us trying to hold on to them just a little longer, to glean a little more of the sweetness of our babies, before they slip away and turn five.

3 thoughts on “Tomorrow is the Last Day He is Four”