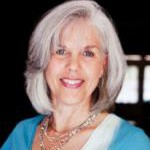 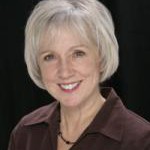 World peace, for many, may seem like an unattainable ideal. Not so for families finding support through Attachment Parenting International (API), whose research-backed parenting approach promotes healthy relationships rooted in nonviolent communication and respectful interactions, extending a model of peaceful living into the community.

API cofounders Barbara Nicholson and Lysa Parker celebrated the organization’s 20th anniversary during a teleseminar hosted by parent educator and author Susan Stiffelman, as part of an online parenting conference on March 18-21. A Shift Network event, the API-cosponsored Parenting with Presence Summit gathered together 25 parenting experts and visionaries to share their perspectives on parenthood. The event was available to the public at no cost.

“Ultimately, we’re wanting world peace,” said Nicholson, who presented a session sharing the title of the book she coauthored with Parker, Attached at the Heart: 8 Proven Parenting Principles for Raising Connected and Compassionate Children. “The mother-father-baby: that little unit is really the core of it all.”

Stiffelman agreed, concluding that many people who are moved toward furthering world peace can make a profound impact without ever leaving home: “The fact is, under our own roofs, if we have children, we can make a dramatic difference in our world.”

Throughout their session, Nicholson’s and Parker’s core message echoed what API has promoted from its beginning—that parents can be nurturing, warm and sensitive while raising emotionally healthy, responsible children. API can provide the guidance and support for parents who need it.

“We didn’t want to spank our children,” said Parker about what inspired API’s foundation. “We wanted to practice more positive discipline, but we were still at the beginning stages. We were each other’s support. The essence of API is parent support.”

Leading up to 1994 when API was first organized, there was a budding awareness in the professional community regarding the importance of attachment research on child development. However, there were no widely circulating resources offering this information to the public.

“We felt there needed to be an organization to get all this information to parents,” Nicholson said.

Fast forward 20 years: Parent education, rooted in attachment science and neurobiology, has permeated much of Western society. API continues to educate and support parents and professionals in adopting healthier approaches to raising children, as well as to introduce new areas of research that further validates API’s Eight Principles of Parenting.

“The Eight Principles are not rules you have to follow, but there is science supporting each of them,” Parker said.

For example, the latest edition of Attached at the Heart covers new information on ultrasounds during pregnancy as well as a new scientific field called epigenetics, which intersects the nature-nurture debate to demonstrate that the choices that parents make can influence the genetic expression for their grandchildren.

“We’re now beyond learning the importance of nurture,” Nicholson said. “It’s exciting but also very daunting. Who we hang out with, what we do, how we eat—everything affects our genetic code.”

During the Parenting with Presence Summit session with API’s cofounders, Stiffelman also explored myths of Attachment Parenting and practical tips to help parents and grandparents bond with a baby beyond breastfeeding, and how API strives to empower parents in following their biological intuition, rather than going along with conflicting conventional wisdom, in raising their children.

“The message is about knowing what’s best for you and your child,” Parker said.