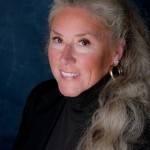 Jeanne Stolzer, PhD, Professor of Child and Adolescent Development at the University of Nebraska in Kearney, USA, whose research is known worldwide as an intelligent challenge to the current Western medical model that seeks to pathologize normal human behaviors including breastfeeding, shares her beginnings in LLL.

“Most people think that because of the research I do, I was raised in a granola-eating, breastfeeding, bare-footed family,” Stolzer said. “Nothing could be farther from the truth. The first breastfeeding baby I ever saw was when I was 18 years old, and I was mortified. Five years later, I saw a woman with a PhD breastfeeding a 3-year-old, and my immediate response was, ‘What is wrong with her?’”

Some years later, Stolzer herself was expecting a baby when a friend encouraged her to attend a LLL meeting: “I was very reluctant, but I went,” she said. As fate would have it, “I instantly felt like I was with kindred spirits.”

Where Did the Mammal in Us Go?

“For 99.9% of our time on this earth, we have been hunters or gatherers, and we have been practicing esoteric mammalian parenting,” said Stolzer, meaning non-medicalized births, breastfeeding and staying in close proximity to our babies. “Look at what, in just 100 years, we’ve done: We’re supposed to be the top mammal on the planet, but we’ve managed to completely erase the mammalism in our lives.”

Conception, pregnancy, birth and breastfeeding are intricately linked together as one continuous process to give each baby the best start in life, Stolzer explains: “Most people see these as separate. They’re not. If you mess with one, you risk throwing off the whole connection.”

While there are a very small number of females in every mammal species unable to get pregnant, the United States has the highest infertility rate in the world among humans. But is there any  wonder when we stop to look at what Western cultures are doing to the birthing and breastfeeding functions of this process? Stolzer finds it comical that most mothers won’t touch a cigarette or a caffeinated drink while they’re pregnant—which is commendable—but then have no problem in going to a hospital and having powerful narcotics mainlined into their arm during labor and birth. In the United States, 38% of women are getting Cesarean sections when, naturally, only 1 to 3% of births might actually require medical intervention.

Then mothers and their newborn babies are, more often than not, separated immediately after birth. If a mother is able to give birth vaginally, she is flooded with hormones, but by separating the mother from her baby, that hormone flow is interrupted. As if the breastfeeding relationship isn’t challenged enough by separation, then it has to overcome the ordeal of a hormonally-deficient mother and a drug-affected baby: “It takes 138 muscles alone in the jaw to nurse, and if you’re drugged, they won’t work,” Stolzer said.

The truth is, most Western physicians are not educated in breastfeeding. To be so, they must go on to continuing education because medical schools don’t teach lactation.

“I think women do the very, very best they can with the information they have at the time,” Stolzer said. “Breastfeeding decreases all forms of hospitalization, death and prescription drug use. That’s amazing, but how many women who are formula-feeding know this?”

Formula was developed with the mechanization of the dairy industry and is derived from whey, a byproduct of processing cow milk.

In 1910, only 2 to 13% of mothers formula-fed. After World War I, that statistic jumped to 65 to 70%, and the impression was that only the poor and the immigrants had to “resort” to breastfeeding. Formula feeding had become a status symbol of wealth, and physicians were supporting that formula feeding was superior to breastfeeding. The lesson learned here, says Stolzer, is to question your societal trends: “Formulas are manufactured by pharmaceutical companies. Look at who’s funding every study: If it’s a pharmaceutical company, don’t even read it—it’s propaganda.”

“Pumped milk is infinitely better than formula,” Stolzer said. “However, it would be a scientific fallacy to say that pumped milk is the same as milk from the human breast,” because of how breast milk changes throughout the day, not to mention that feeding by a bottle misses the intricacy of the relationship aspects of breastfeeding.”

Human milk is a dose-responsive, specific variable, meaning the response is specific to the dose: the more that a baby is breastfed and the longer a baby is breastfed, the more benefits that breast milk affords to the child and the mother. Research that began in the 1920s clearly shows that breastfeeding reduces the risk of myriad physical and mental health conditions for both baby and mother, through protective antibodies and enzymes, and through the oxytocin and prolactin “love” hormones secreted with each breastfeeding interaction.

“Choosing not to breastfeed brings a halt to oxytocin and prolactin. This brings on the grief response in mammals,” Stolzer said. “That’s why we have [high] postpartum depression rates in this country. Because the body believes that we’re grieving.”

In addition, it’s important to note the differences between cows and humans on an animal level. While both are mammals, humans and cows are not nearly the same. There are two types of mammals on the earth, in terms of how they care for their young:

Quite simply, cow or soy milk formula cannot be as good as human milk for human babies: “It makes sense: We have such a different brain than a cow, and a soybean doesn’t even have a brain,” Stolzer laughed.

All kidding aside, human mothers treat their babies like those of caching mammals. This is evident not only in formula sales—a $1 trillion industry—but also in the boom in sales of helmets meant to reshape the heads of babies whose heads are flattened on one side because the baby spends more time lying down than being held.

Another important argument against formula feeding is the increasing rate of food allergies in Western cultures, Stolzer said: “The number-one allergen in human populations is dairy products. The number-one ingredient in formula is dairy. Of course we’re doing this.”

According to World Health Organization recommendations, babies must be breastfed for at least two years to obtain optimal benefits. Developmentally, human children are designed to breastfeed well over two years of age. For example, permanent molar eruption doesn’t occur until the child is 5 to 7 years old. In another example, Stolzer shares: A child’s sucking needs last for three to seven years—evidenced by prolonged thumb-sucking, pacifier use and hair-sucking in older children.

The average breastfeeding weaning age worldwide is three to four years. In the United States, weaning typically happens at only six weeks, the time when women return to work outside the home. The breastfeeding research available clearly shows that if all women in the United States breastfed exclusively for just six months, the nation would save $3.6 billion a year, mostly in health care costs and time spent paying parents for sick time to stay home to care for their children. If they breastfed exclusively for one year, the savings would climb to $7 billion a year.

“Five thousand to 6,000 years ago, mothers were breastfeeding their children until about 7 years old. They were ensuring the survival of the human species,” Stolzer said. “Not only is the human brain not done growing until the child is 5 to 7 years old, but the human immune system is not fully developed for five to seven years.”

Breast milk naturally has more antibodies available for the older child, because babies are designed to always be with their mothers. That’s why breastfed babies in child care centers still get sick: The antibodies in their mother’s breast milk are designed to ward off family germs, not germs from the whole community. The antibody load naturally increases as the child becomes more mobile, Stolzer explains.

It’s time that Western cultures quit playing it safe when it comes to educating women about breastfeeding, Stolzer says. The benefits of breastfeeding are consistently dependent not only on the frequency and intensity of each nursing session but also on the duration.

One of the concerns of Attachment Parenting is the physical work involved in the early years, especially the first few months, when the baby’s natural sleeping and feeding schedule is so contrary to the parents’ pre-baby schedules and to what the parents want to return to because of what Western culture promotes as “normal.” But Stolzer encourages parents to stick with it.