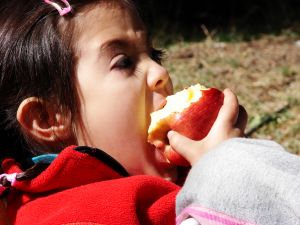 Attachment Parenting International’s Eight Principles of Parenting calls parents to feed their children with love and respect. With infants, this easily translates into breastfeeding or “bottle nursing.”

But what does this mean once children transition to solid foods? How do parents continue AP as their children grow?

An Act of Love

First, parents need to remember that providing food to their children, no matter the age, is an act of love and a way to strengthen their emotional bond. By feeding them, parents are fulfilling a vital physical need. When children’s needs are met, they feel closer to their parents. This doesn’t change as babies grow into toddlers and toddlers into older children.

More than simply offering food, parents reveal how much they care for their children by offering healthy foods and modeling healthy food selection. This may mean that parents, themselves, have to change their eating habits, which can be difficult. This may also mean disagreements between parents and their children as they grow and are exposed to more models of unhealthy habits, especially as teens when peer influence begins to compete with the parental attachment.

Not Always Easy, But Worth the Work

Feeding with love and respect may seem to be one of the easier Attachment Parenting tools offered by Attachment Parenting International – that is, until the first time a weaned toddler decides to refuse all solid foods offered, except graham crackers, for a week. It’s the first sign of independence in the feeding department, and it can make parents worry about whether their child is getting all the nutrients he needs to thrive.

The advice for these parents, in dealing with challenges in feeding their children, is to explore strategies that are attachment-friendly. Forcing a child to eat a food she doesn’t want to eat doesn’t promote attachment; encouraging her to be a picky eater by not offering a variety of foods is unhealthy. Parents often have to be creative in coming up with AP solutions and may have to try several ideas before finding one or a couple that work.

Be Creative in Problem-Solving

It’s important to remember that one size does not fit all, and what may work for one parent may not work for another. Some parents say to simply not worry about a picky eater, that the child is eating as much as he needs and will eat more if he needs to; others find that if they don’t encourage their child to eat more foods that she consistently refuses to try new foods. Some parents trust their teens to make healthy food choices when they’re with their friends; other parents find that talking to their teens about the potential medical consequences of unhealthy food choices what works best.

No one knows a child, and what strategies will work to encourage healthy eating, better than her parent.

The advice for these parents, in dealing with challenges in feeding their children, is to explore strategies that are attachment-friendly. 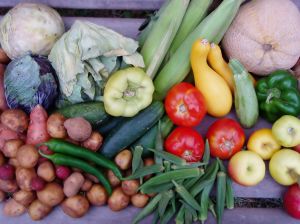 Of all the changes that take place in a woman’s body during pregnancy, the most uncomfortable for an estimated 70 percent of women – as reported by www.mayoclinic.com – may be so-called “morning sickness,” which isn’t often confined to just the morning hours.

Not every woman who experiences morning sickness finds it debilitating, although other pregnancy signs such as exhaustion, aversions to foods, and sensitivity to odors can aggravate the condition. Morning sickness can range from a loss of appetite and mild nausea to vomiting several times a day, which can lead to dehydration or worse.

For those with more severe morning sickness or morning sickness that lasts longer than the first four months, when many women begin to feel better, eating can become a chore – especially when you’re aware that your eating habits are affecting a new, little life!

Many medical professionals request that their pregnant patients be diligent in taking a daily dose of prenatal vitamin, to be sure that the mother is getting enough nutrition from what her diet.

“The increased demand for blood and hormones raises nutritional demands for the mother,” writes Wendy Hodsdon, ND, in her 2007 article “Prenatal Vitamins: Why Pregnant Women Should Take Them” on www.thedietchannel.com. “Since her fetus is completely dependent on her for nutrition, her body will give it what it needs, depleting her stores, if necessary. This will exacerbate any nutritional deficiencies she may already be experiencing.”

The medical community, as a whole, isn’t entirely certain what causes morning sickness, although many blame a rapid increase in hormones supporting the pregnancy, a sluggish digestive system, low blood sugar, and other possibilities. Sometimes, morning sickness seems genetic, and rarely, it may be related to a complication.

But, according to http://survivemorningsickness.com, the incidence and severity of morning sickness may actually be a result of a woman’s diet. One 2006 study shows that a link with diets rich in sugars, sweeteners, oils used in frying, alcohol, and caffeine; and that women who eat more cereals and pulse foods tend not to have morning sickness.

Still, women shouldn’t force themselves to eat foods to which they have aversions. Fortunately, there are many choices in nutrient-rich foods. Here are some tips for women from SurviveMorningSickness.com to be sure they’re eating right when their pregnant:

The incidence and severity of morning sickness may actually be a result of a woman’s diet. 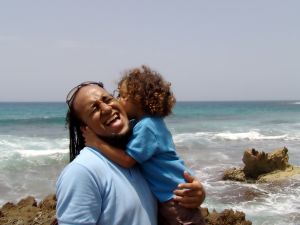 Perhaps you and your spouse have decided that stay-at-home parenting is valuable for your family, and you’re trying to decide who, between you, is the best fit for the job. According to About.com’s Dawn Rosenberg McKay her article “Stay-at-Home Dads,” there are several factors that need to be considered:

Don’t be surprised if the better fit is Dad. Today, more than ever, more fathers are choosing to forgo their breadwinner roles to embrace the homemaking, child-rearing tasks of the stay-at-home parent. The tide is changing: At one time, not too long ago, “Mr. Mom” was said in jest about a father who had to stay at home with his children, even for a short period of time; today, it’s considered an offensive label put on men who freely choose this family role.

According to the latest U.S. Census report, 143,000 of the 5.4 million stay-at-home parents nationwide are men. A slight proportion compared to women, but the number of stay-at-home fathers is growing. There are now enough stay-at-home dads out there to warrant support groups or father-only playgroups in some local areas, such as Seattle Stay-at-Home Dads and At Home Dads of Greater Dallas; and websites devoted to stay-at-home dads are populating the Internet, such as www.rebeldad.com, www.dadstaysathome.com, and www.daddytypes.com.

One in three women (31.8%) in America is now giving birth to their children via a Cesarean section. The highest rate in history for this nation, it is also much higher than the recommendation by the World Health Organization of 5% to 10% — not to mention that the rate of Cesarean sections in the U.S. has increased by 50% since 1996.

The U.S. began at 4.5% in 1965, the first year Cesarean section rates were measured here. At 15% or higher, Cesarean section rates indicate that this procedure is being done unnecessarily, according to a study highlighted by the article “Why the National U.S. C-Section Rate Keeps Rising” on www.childbirthconnection.org.

The article outlines several reasons for the increasing rate of this procedure. But, first, there are two widespread myths about the rise in Cesarean sections to counter:

In a 2005 survey by Childbirth Connection, it was found that only one in 1,600 respondents in the U.S. reported she had a planned Cesarean section with no medical reason, at her own request. The article cited a study that revealed this rate to be comparable with other countries.

Reasons given for the higher rates include women waiting to give birth when they’re older and more prone to developing medical complications, and more women giving birth to multiples. But the article reported that researchers show that the rate of Cesarean sections is going up for all women regardless of their age, health problems, race/ethnicity, or number of babies they are having.

What this means is that the reason behind the increasing rate of Cesarean sections is not on the part of the woman but rather lies with changing standards in the medical community. According to the Childbirth Connection survey, one in four respondents who had a Cesarean section said they received pressure from a medical professional to have the procedure.

According to the Childbirth Connection, here are the true reasons behind the increasing rates of Cesarean sections in the U.S.:

About Childbirth Connection
Childbirth Connection is a national U.S. not-for-profit organization founded as the Maternity Center Association in 1918. Its mission is to improve the quality of maternity care through research, education, advocacy, and policy by promoting safe and effective, evidence-based maternity care and providing a voice for childbearing families. For more information, go to www.childbirthconnection.org.