In the Eight Principles of Parenting, Attachment Parenting International reminds us of the importance of consistent and loving care for children. When children receive this kind of care, they learn that they can trust their caregivers. They develop a healthy attachment to those who are always there and who meet their needs with love and respect. 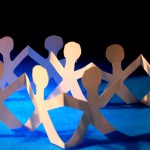 As my kids grew from infants to toddlers to young children, I wondered how I could apply that same principle to my discipline style. After all, when my kids were babies, I made sure I met their needs with consistency and love. How could I continue to do so when their needs became more complex and less physical but more emotional?

Learning a few positive discipline tools helped. I found positive discipline to be such a natural extension of the loving care I had so consistently given in my kids’ infancies. But I also found it took a lot more effort as everyone’s emotions became much more prevalent in our relationships. END_OF_DOCUMENT_TOKEN_TO_BE_REPLACED

By Shoshana Hayman, director of the Life Center/Israel Center for Attachment Parenting, http://lifeCenter.org.il

“Say you’re sorry to your brother.”

“Do your math homework now.”

“It’s time to practice the piano.”

Before we try to get a child to behave in a certain way or learn something, we have to ask ourselves if the child himself cares enough to want to fulfill our request or expectation:

We can make (sometimes) a child say “sorry” or “thank you” or practice the piano or do his homework. But when we force a child, we are not really instilling within him something that is lasting. We are putting form before spirit. Before a child can learn form, he must have the spirit for this behavior to be true and long-lasting.

Where does spirit come from? What makes a child truly care? There are three ingredients of mature caring:

When we put form before spirit, we can crush the spirit. Some of the ways we try to make children act in a caring way, such as rewarding them with prizes, actually create egocentricity in children because they are focused on acceptable behavior rather than on cultivating the desire to give. Ultimately this can create an “I don’t care! It doesn’t matter to me!” attitude.

Children are born with the potential to care deeply. It is up to us, the adults in their lives, to nurture this spirit before we try to add form. 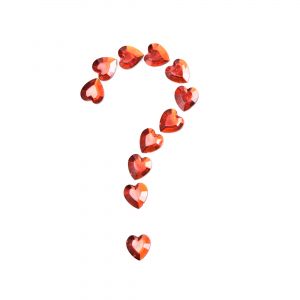 One of the hardest situations I face in my household is when one of my children hurts the other one, whether by accident or in play or out of anger. My knee-jerk reaction is to tell the offender to say sorry to her sister, just as my parents had me do when I was younger. My mom would tell me to say sorry and if I did it quickly to get it over with but didn’t really want to say it, she’d say, “Say it like you mean it.”

Now, I have to admit that I grew up knowing what it meant to say sorry. But I do realize that some people who were forced to apologize to their siblings grew up to use sorry as a quick fix for hurt feelings or as an afterthought. One man I know grew up being forced to say sorry when he and his siblings fought, but as an adult, he used apologies not because he was truly sorry but as a way to avoid dealing with uncomfortable feelings. In this way, he didn’t learn not to do the offending action again and would repeat it over and over, and getting frustrated because eventually people didn’t believe his so-called apologies.

There is a great debate among attached parents of whether or not to ask children to apologize when they hurt someone physically or emotionally. We want to teach our children empathy, and apologies are certainly a part of making restitution for a hurt but does forcing an apology hurt or help the development of empathy?

In my home, I choose not to force an apology but instead to encourage my children to comfort the hurt person on her own volition. I noticed that when I did ask for my three-year-old to apologize, she would do so but would quickly return to playing, without much regard for her sister’s crying. I re-evaluated what I wanted to teach her and readjusted my response during these situations.

Parents on both sides of the debate of saying sorry have great stories like mine to tell – of how their strategy works best for their family. Ultimately, that is what Attachment Parenting (AP) is supposed to be about – listening to your child, deciding what it is exactly you want to teach your child about the situation, and finding something that works best for your family. But, just what strategies regarding apologies are considered AP? Let’s take a look at what the experts have to say.

Attachment Parenting International Co-founders Barbara Nicholson and Lysa Parker in Attached at the Heart: “Apologies should come from the heart.”

Forcing a child to apologize may make the adult feel better but it doesn’t make the hurt child feel better and it doesn’t teach the offending child about an appropriate apology. Allow the child to apologize in his own way, even if it’s nonverbally. If your child is witnessing appropriate apologizing in her role models, she will begin to do so, too, when developmentally ready.

It’s important that children only apologize when they feel genuine remorse. The good news is, children raised in an attached way, which actively models and promotes the development of empathy, are more likely to begin feeling compassion early on and to spontaneously apologize on their own.

Canadian parent educator Judy Arnall in Discipline without Distress: “When the child needs to apologize to someone else: nudge, don’t force!”

Apologies need to come by the child’s own willpower and in the child’s own time. They almost never come when forced or in the emotional heat of the moment. Apologies are taught by modeling.

Parents want quick, forced apologies because of their own social embarrassment. If you’re dealing with a parent who expects a quick apology, explain your child’s feelings (“She’s so upset right now. We’ll deal with this later.”) or take the time to model what an appropriate apology looks like and apologize for your child on your own.

Parents must examine why they insist on their children apologizing – because they assume that by saying sorry, the child will magically feel remorse, or because they only care that their child has the manners to say sorry even if insincere? Parents who force apologies from their children are caring only about the behavior but not about the reason behind the behavior, and that reason is what will continue to fuel that child’s behavior as she grows.

University of Washington psychology professor John Gottman in Raising an Emotionally Intelligent Child: “From about age four, your child can understand the concept of ‘I’m sorry.’”

And the best way of teaching your child to apologize appropriately is by first modeling how to healthily handling feelings of regret and sorrow in your relationships, including in parent-child interactions.

To Force an Apology, or Not?

So what is API’s stance on asking your child to apologize?

It can be difficult to practice AP and then see your child unwilling or unable to apologize to another person. We want our children to be empathic and compassionate, and we want to model to other people what AP looks like in our families. But, being an attached parent doesn’t mean that we never encounter hard situations like a child refusing to apologize – it means we are thinking about the deeper meaning of what we want to teach our children and finding ways to do that. Remember, the goal is to influence our children over time by getting to the emotional and cognitive roots of their actions, not to control their behavior now without regard for their willpower.

**Originally published in the June 2000 issue of API News 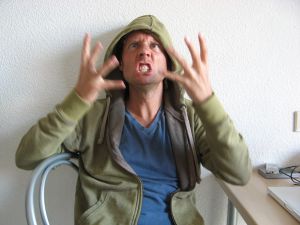 It’s one thing to understand how remaining calm, supportive and objective can be a great service to our children and another thing to do it when we’re exhausted, frazzled, and sleep-deprived.

It’s also another matter when the emotional wounds from our own childhoods come roaring forth like a fire-breathing dragon. Until one has children, it’s often easy to escape the darker parts of our personality. Yet, once we become a parent, we are often so tired or pushed or overwhelmed that those darker sides we’d rather not acknowledge make all-too-frequent appearances. Fortunately, these events can mark some important growing points and can provide opportunities to help ourselves and our children work through difficult feelings.

So What’s a Parent To Do?

Children learn from watching how you deal with your own feelings, just as they learn by watching how you deal with theirs. While you wouldn’t want to saddle your child with inappropriate exposure to your adult issues and emotions, it is not unhealthy for them to simply see you angry. It’s what you do when you are angry, and how you manage your intensity, that are important. Showing healthy responses to strong emotions teaches children that these emotions can be expressed and managed safely. END_OF_DOCUMENT_TOKEN_TO_BE_REPLACED