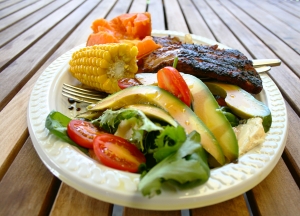 “Can I have dessert yet?”

The list of mealtime complaints can go on and on–not to mention the mayhem that may ensue before your little one can even talk. Not many parents can forget the frustration of thrown food, the mess of the yogurt in the hair, or the game of “watch Mommy pick up my bagel over and over again.”

Food is a huge part of human life, and most parents I meet cannot wait to dive into the world of food with their babies. I am the wife of a food blogger and chef, and we must have spent weeks talking about what our first food would be! Little did we know we were in store for a whole lot more than the idyllic family meals of The Cosby Show.

Clearly, Americans seem to have a love-hate relationship with food. Scan the headlines in just about any newspaper, and it’s filled with what to eat, what not to eat, who should eat less, who should eat more. It’s enough to drive an anxious parent to confiscate Halloween candy, only to wallow in chocolate when no one is looking. END_OF_DOCUMENT_TOKEN_TO_BE_REPLACED

By Naomi Aldort, author of Raising Our Children, Raising Ourselves, www.naomialdort.com 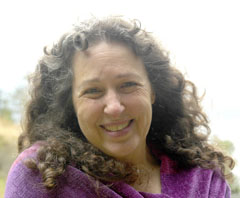 Q: My two-year-old had almost completely weaned himself a few months ago. Then I got laid off from work and he began nursing all over again. Now he demands to nurse every two to four hours and will hold on to my boob saying he “doesn’t want it to fly away.” I put a limit of nursing at nap time and bedtime, but I’m not sure if he will re-wean himself. And, I’d really like to resolve his apparent fear that they are going away, or to somehow find a way for him to console himself with something other than the breasts.

A: This is a sweet misunderstanding between you and your son. He didn’t almost wean himself, and his fear that “they will fly away” is valid; he is sensing your intent to take breastfeeding away from him. END_OF_DOCUMENT_TOKEN_TO_BE_REPLACED 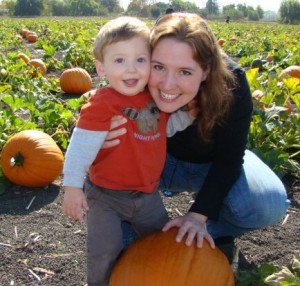 As each new talent emerges, toddlers get busy and forget to do lots of things: watch in front of them when moving, pick up toys before stepping on them, and eat. They fight the fork, the spoon, and even self-feeding in an effort to get back to their most important work: play.

Some toddlers make up by nursing even more at night. Sometimes this continues to work for both mother and toddler. Sometimes, however, Mother chooses to night wean.

In this case, night weaning led to day weaning, and soon, my toddler was completely off the breast long before I ever considered the idea.

When Ryan was 15 months old, we decided to move. (May I just point out, this is total chaos and I never recommend it!) We packed up everything we owned and drove four hours north. This move from the familiar into the unknown turned my toddler’s world upside-down. He didn’t know where he was, where any of his toys were, where his dogs were, and most importantly, he didn’t understand why Mommy had been less than 100% attentive in the weeks leading up to the move. Since he was mobile, self-feeding, and easily entertained, my attention had been focused on working and packing.

So, slowly but surely, one feeding would slip through the cracks, then another and another.

At the same time, we gave up night nursing. As a family, we decided that Ryan’s continued and constant night nursing wasn’t working. As he became a busy toddler, he became what I like to call a “full-body” nurser. What I mean by this is that he no longer just nursed with his mouth, he rubbed my belly with his hand, kicked with his feet, and screamed every time I even considered taking him off the breast so I could roll over and sleep myself. When he was an infant, night nursing was a joy. But as he grew more adept with his body, it became a challenge.

One thing led to another, and the next thing I knew, my toddler had not asked to nurse and I had not offered in several days. He did take a few weeks to wean completely; it was a gradual and gentle weaning.

But I found myself missing the time we spent together. My baby was gone, and a cranky toddler had replaced him. And though I love the new skills and fun this age provides, I missed my little boy.

I felt rejected — that I was less than the mother I used to be. How can I possibly be an attached parent if I didn’t breastfeed past the 16th month? And the guilt — oh, the guilt! I’ve selectively vaccinated my son — is he now set to get polio since he’s weaned? Do I have to skip ahead and vaccinate like crazy to catch up now that he won’t be getting breastmilk anymore? These are just a few of the questions bouncing around in my mind.

Nursing had always been my go-to fix for anything Ryan needed. Fell down and bumped your knee? Nurse. Bored and cranky because we’ve had to wait too long for an appointment? Nurse. Tired and distracted and just need some time to get centered? Nurse.

With weaning, like all transitions, I had to learn how to interact and care for this new person in my life. This independent, yet fragile, little boy still needed my love and support, and I had to figure out some other way to be there for him without offering the breast.

Here are a few tips that have worked for us:

I know that Ryan still loves me, needs me, and can’t imagine a day without me. And I know that like all things in life, this too shall pass. Sometimes, though, I wish some things — like breastfeeding — wouldn’t pass so quickly! 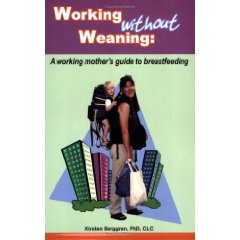 Attachment Parenting International’s seventh of the Eight Principles of Parenting, Providing Consistent and Loving Care, explains how babies and young children have an intense need for the physical presence of a consistent, loving, responsive caregiver who is interested and involved in building strong bonds through daily care and playful, loving interactions. Ideally, yes, this caregiver would be a parent. But, especially in the tough economic climate our world has experienced the past couple years, many families are finding themselves in a situation where both parents must work outside the home.

While a dual-income family may require more creativity in making the time and finding the energy to fulfill API’s Principles, it is certainly very possible to foster a secure attachment.

How does this relate to the second of API’s Eight Principles, Feeding with Love and Respect? According to Kirsten Berggren, PhD, CLC, author of Working without Weaning: A Working Mother’s Guide to Breastfeeding, going back to work is the hardest obstacle an exclusively breastfeeding mother will encounter. A neurobiologist, Berggren shares her own experiences and those of others to create this handbook for mothers who want to continue breastfeeding once they return to work after maternity leave. It’s a tough balancing act — maintaining the breastfeeding relationship despite day-after-day separations — but, as Berggren reiterates in her book, one that is completely worth the effort. END_OF_DOCUMENT_TOKEN_TO_BE_REPLACED