Recent research reports have encouraged mothers to not respond to their babies when they cry. In response to this advice, a panel of noted mother-baby sleep experts from the U.S., Canada, Great Britain, and Australia have developed a free handout for parents that offers parents ways to soothe crying babies, which is available through Praeclarus Press.

“My baby is only happy in my arms. The minute I put her down she cries.”

Exhausted new parents often wonder what to do. Should they let their babies cry? “No,” says a committee of prominent experts in mother-baby sleep. Crying babies should not be ignored. This committee, representing researchers and parenting advocates from the U.S., Canada, the U.K., and Australia, has written a free handout for parents: Simple Ways to Calm a Crying Baby. This handout discusses current research about mother and baby’s sleep and includes specific strategies for exhausted parents. 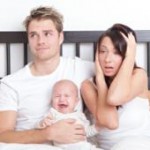 Although having a baby who is “sleeping through the night” is something most parents aspire to, the reality is that most babies wake frequently up to 12 months of age. It is the parents’ job to help their babies return to sleep quickly. To achieve that goal, parents are often advised to let their babies cry. Unfortunately, that method is not particularly effective in helping babies settle. Rather, parents who respond to rather than ignore their babies’ cries have babies who go back to sleep more quickly.

The reason for this is that babies have immature nervous systems and need others to help them regulate their emotions. When adults hear babies crying and respond, babies develop the tools, both physiologically and emotionally, to calm themselves. Leaving babies to cry increases babies’ stress levels and often keeps them awake longer. It does not guide them emotionally or physically toward the goal of regulating their own distress and response. END_OF_DOCUMENT_TOKEN_TO_BE_REPLACED

Social practices and cultural beliefs of modern life are preventing healthy brain and emotional development in children, according to an interdisciplinary body of research presented recently at a symposium at the University of Notre Dame. 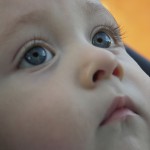 “Life outcomes for American youth are worsening, especially in comparison to 50 years ago,” says Darcia Narvaez, Notre Dame professor of psychology who specializes in moral development in children and how early life experiences can influence brain development.

“Ill-advised practices and beliefs have become commonplace in our culture, such as the use of infant formula, the isolation of infants in their own rooms or the belief that responding too quickly to a fussing baby will ‘spoil’ it,” Narvaez says. END_OF_DOCUMENT_TOKEN_TO_BE_REPLACED 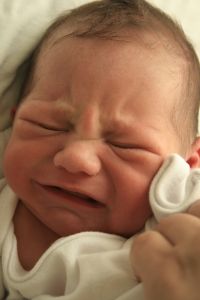 Among parents of infants these days, there is constant debate about how to respond to a baby’s cries. On one hand, there are proponents of the “cry it out” method, where the baby is left alone to cry in the hopes that he or she will eventually stop. On the other hand, there are the attachment parents who respond immediately to their crying babies and attempt to soothe them using various methods including holding and cuddling. While the cry-it-out (CIO) method has been popular in previous years, Attachment Parenting (AP) is gaining a foothold among new parents today. Results of studies in psychology indicate the AP approach to crying is most likely to result in an emotionally and physically healthy child.

The Origins of AP

Attachment Theory originated in the late 1960s, when psychologist John Bowlby postulated that a warm, intimate relationship between caregiver and infant is necessary for optimal health as well as for basic survival. As such, each individual is born well-equipped with reflexes and instincts for interacting with a primary caregiver, which is often the mother. For example, infants quickly learn to recognize and prefer both their mother’s voice and smell. As babies develop some locomotor control, they display their desire to be close to their caregivers by reaching toward their mother or father to be picked up or by crawling toward them. From an evolutionary perspective, these behaviors have survival value. Babies who lack such attachment behaviors will stray from their caregivers and are more likely to get lost, attacked, and perish. An infant’s cry is also intended to increase the likelihood of its survival, as a mother’s instinct is usually to go to her child at the first sign of distress.

We live in an age where we can know that the baby is safe in another room, despite the loudness of his cries. Does this mean we should leave babies to cry on their own? CIO proponents often advise that babies left to cry will eventually stop, and the duration of future crying bouts will decrease. What are the emotional consequences of crying for the infant when she is left unattended? Bowlby and colleagues initiated a series of studies where children between the ages of one and two years old who had good relationships with their mothers were separated from them and left to cry it out. Results showed a predictable sequence of behaviors:

Thus, it appears that while leaving babies to cry it out can lead to the eventual dissipation of those cries, it also appears that this occurs due to the gradual development of apathy in the child. The child stops crying because she learns that she can no longer hope for the caregiver to provide comfort, not because her distress has been alleviated.

AP and CIO Effects on the Amount of Crying

According to Attachment Theory, many babies are born without the ability to self-regulate emotions — that is, they find the world to be confusing and disorganized, and do not have the coping abilities required to soothe themselves. Thus, during times of distress, they seek out their caregivers because the physical closeness of the caregiver helps to soothe the infant and to re-establish equilibrium. When the caregiver is consistently responsive and sensitive, the child gradually learns and believes that she is worthy of love and that other people can be trusted to provide it. She learns that the caregiver is a secure base from which she can explore the world, and if she encounters adversity, she can return to her base for support and comfort. This trust in the caregiver results in what is known as a secure individual.

Children who do not have consistently responsive and sensitive caregivers often develop into insecure individuals, characterized by anxious, avoidant, and/or ambivalent interactions. Long-term studies have shown that secure individuals, compared to insecure individuals, are more likely to be outgoing, popular, well-adjusted, compassionate, and altruistic. As adults, secure individuals tend to be comfortable depending on others, readily develop close attachments, and trust their partners. Insecure individuals, on the other hand, tend to be unsettled in their relationships, displaying anxiety (manifesting as possessiveness, jealousy, and clinginess) or avoidance (manifesting as mistrust and a reluctance to depend on others). North American parenting practices, including CIO, are often influenced by fears that children will grow up too dependent. However, an abundance of research shows that regular physical contact, reassurance, and prompt responses to distress in infancy and childhood results in secure and confident adults who are better able to form functional relationships.

The Dangers of CIO

It has been suggested in the past that CIO is healthy for infants’ physical development, particularly the lungs. A recent study looking at the immediate and long-term physiologic consequences of infant crying suggests otherwise. The following changes due to infant crying have been documented:

The study’s researchers suggested that caregivers should answer infant cries swiftly, consistently, and comprehensively — recommendations that are in line with AP principles.

CIO or AP as a Matter of Perception

CIO supporters tend to view their infants’ cries as attempts to manipulate caregivers into providing more attention. Holding this view can be detrimental to the immediate and long-term health of the baby. In the field of cognitive psychology, there exists the premise that our thoughts underlie our behavior. Thus, if we think positively about an individual, our behaviors toward them tend to be positive as well. Conversely, if we think negatively about an individual, we will behave correspondingly. Consider people in your own life whom you consider manipulative — how does that perception influence your behavior toward them? It is unlikely that the interpretation of a manipulative personality will result in the compassionate, empathetic, and loving care of that individual. Infants, quite helpless without the aid of their caregivers, may suffer both emotional and physical consequences of this type of attitude.

Reprinted with permission from http://drbenkim.com. 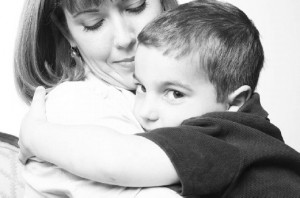 All babies cry. And all parents are continually striving to find the best way to respond to those cries.

Unfortunately, there is an abundance of misguided information about how to best respond to a crying baby; sometimes friends, family members, and even health practitioners may push advice upon parents that has not been well-researched.

Babies are born with brains that are only 25 percent of their full-grown size. Ninety percent of post-birth brain growth occurs in the first five years of life, influenced greatly by each interaction between the child and his caregivers. Brain connections are formed based on life experiences, particularly emotional experiences. If a child is not consistently comforted when in distress, his brain will not form the vital pathways that will help him learn to manage his own emotions and impulses. This can have a lasting impact into adulthood. END_OF_DOCUMENT_TOKEN_TO_BE_REPLACED