I was looking forward to a pleasant afternoon on the playground with my grandchildren, only to find all too soon I had to play the part of guard, referee and advocate. There were several other children occupying the swings and slides, and the scenarios that unfolded were to be expected—young children pushing each other, shouting at each other, throwing sand at each other, sticking their tongues out at each other and calling each other names. After watching over the 2-year-old on the steps to the slide so he wouldn’t get pushed down by a rambunctious 3-year-old, it was time to put an end to the sand throwing that was taking place among the 5- and 6-year-olds. 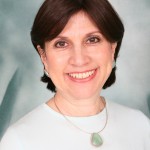 In order for children to be patient, courteous and considerate of each other, they need to be flexible, recover easily from disappointment and adapt quickly to new situations. For example, the child who thought he’d have the slide to himself now has to share it with three other children, and when he runs to the swings, he discovers that they are all occupied by children who got there before him. Besides adaptability, children also need to remember that they care about others at the same time that they are trying to fulfill their own desires. These are the same abilities we adults need in our own relationships. When you think of how difficult it can be sometimes for adults in marriage or in work relationships, you can get a picture of how much more difficult it is for children who are not yet fully developed and mature.

Deep instincts and impulses drive young children’s behavior. When they can’t have something they want, when they don’t win, when someone doesn’t want to play with them, when they are not big or strong enough, when they can’t fix something, when they can’t stop time, when they have to wait, and when things aren’t going as they had planned, they are filled with frustration. This frustration drives them to be impulsive, aggressive and attacking. Their reactions are extreme and untempered. Just like an accident, the impulse to attack simply “happens to them.”  If all goes well developmentally, when children reach the age of 7 or 8, they will begin to have more self-control and consideration for others when they play.   END_OF_DOCUMENT_TOKEN_TO_BE_REPLACED