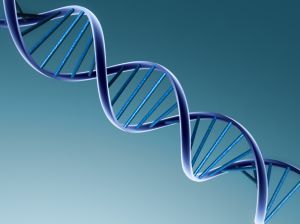 Research has, for many years, shown that the way a child is parented will physically shape his brain — that each interaction, good or bad, will create pathways within the brain as a reflection of the emotions surrounding that interaction. And that a pattern of neglect or abuse will shape the brain differently than will a consistently loving, attachment-promoting relationship.

Now, a new study published in a February 2009 issue of Nature Neuroscience — as reported in the The New York Times article, “After Abuse, Changes in the Brain — shows that, in addition to shaping the brain, patterns of interaction change the way a person’s genes are expressed.

Researchers at McGill University in Montreal, Quebec, Canada, have found for at least ten years that affectionate mothering alters the expression of genes in animals. These changes in the genetic code are then passed on to the next generation. For the first time, there is direct evidence that the same happens in human DNA. McGill researchers report that people who were abused or neglected as children had genetic alterations that made them more biologically sensitive to stress.

When humans are under stress, the hormone cortisol circulates and puts the body in a state of anxiety. One way the brain reduces this response is to make receptors on brain cells that help clear the cortisol, reducing the feeling of distress and protecting neurons from the damaging effects of extended exposure to cortisol.

Researchers found that the genes that code these receptors were 40 percent less active in people who had difficult childhoods than those who did not.

There is still speculation as to why some people with difficult childhoods are able to regulate stress more easily while others are not. Possibilities include individual genetic differences or an individual’s ability to connect with other people who help stabilize his stress response.

By Amber Lewis, staff writer for The Attached Family

Humans all begin the exact same way. We start our life out as a zygote, the fertilized egg in our mother’s uterus, 46 chromosomes that will determine everything from eye color to height and that help to influence our intelligence and who we are individually. By the fourth week of pregnancy, the zygote has turned into an embryo and will begin developing what will become its brain.

The brain begins as the ectoderm, which is the top layer of the now three-layered embryo, and will develop into the neural tube which will close by week six. At ten weeks gestation, the new brain will begin forming neurons at the rate of 250,000 per minute, according to the article “Fetal Development: What Happens During the First Trimester?” on Mayoclinic.com. At the 16th week, the fetus’ eyes are becoming sensitive to light, and at week 18, the fetus can hear. By the 28th week, the fetus’ eyes open.

Why does this matter? Many mothers believe that their interactions with their unborn child can have an impact. Some parents even go so far as to parent in utero — reading and talking to their unborn child, already loving their baby deeply before even meeting him face to face. Research now shows what these parents already knew; parents influence their child’s psychological development from very early on. END_OF_DOCUMENT_TOKEN_TO_BE_REPLACED 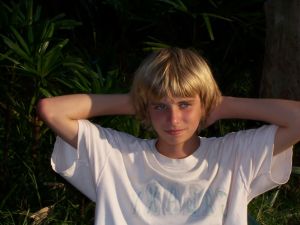 Adverse experiences early in life can lead to minor childhood behavior problems, which can grow into serious acts of teen violence, according to new research.  This “cascading effect” of repeated negative incidents and behaviors is the focus of an article in the November/December 2008 edition of Child Development.

Using a novel approach that went beyond simply identifying risk factors, a research team led by a Duke University psychologist measured how violent behavior develops across the life span, from early childhood through adolescence.

The researchers tracked children from preschool through adulthood and documented that children who have social and academic problems in elementary school are more likely to have parents who withdraw from them over time. That opens the door for them to make friends with adolescents exhibiting deviant behaviors and, ultimately, leads them to engage in serious and sometimes costly acts of violence.

The researchers followed 754 children from 27 schools in four different areas in the United States for 12 years. The data included school records covering kindergarten through eleventh grade and annual reports collected from the children, their parents, peers, and observers.

The developmental path toward violent outcomes was largely the same for boys and girls, said Kenneth A. Dodge, the lead author of the study and director of the Center for Child and Family Policy at Duke University.

Dodge and his colleagues in the Conduct Problems Prevention Research Group also found that the cascade could be traced back to children born with biological risks or born into economically disadvantaged environments, both of which make consistent parenting a challenge.

About the Research Group

The Research Group determined biological risk by assessing the temperaments of the children in infancy, based on mothers’ reports; those at risk were irritable, easily startled, and difficult to calm. These children are more likely to exhibit minor social and cognitive problems upon entering school. From there, the behavior problems begin to “cascade,” Dodge said.

“The findings indicate that these trajectories are not inevitable, but can be deflected at each subsequent era in development, through interactions with peers, school, and parents along the way,” said Dodge, who is the William McDougall Professor of Public Policy and a professor of psychology and neuroscience at Duke. “Successful early intervention could redirect paths of antisocial development to prevent serious violent behavior in adolescence.”

Fortunately, successful interventions, such as parent training and social cognitive skills training for children, are available, he said.