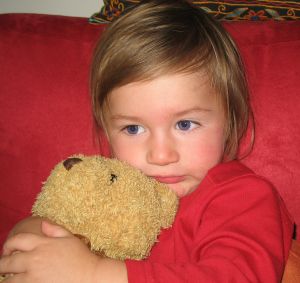 My friend, Nicole, and her husband both work full-time. Their two-year-old daughter spends the day with a childcare provider who has watched her since she was six weeks old. Oftentimes, Nicole comes home after a 45-minute commute tired, wanting to relax and spend time playing happily with her daughter.

When her child was younger, Nicole would breastfeed to help reconnect in the evenings, but as her daughter grew into a toddler and weaned, the challenge of creating a peaceful evening has mounted. Her daughter, hungry for her attention, seems to push the limits constantly, often bringing home acting-out behaviors she’s learned from older children in her daycare. While Nicole believes that discipline is important, she doesn’t want to ruin the evening, and tends to discipline inconsistently, choosing not to discipline when it appears her child is starting a tantrum.

When you’ve spent most of the day away from your child, it’s natural to want to come home and spend a peaceful evening relaxing and playing together. But some busy parents have difficulty finding quality time to spend with their child. The parents’ priority may be to enjoy a phone conversation with a friend, to watch television for an hour, or to have a family dinner at a local restaurant. The children, anxious for their parents’ undivided attention, may express their frustration through tantrums and other acting-out behavior, quickly causing tension for the entire family. Should these parents, like Nicole, let discipline go by the wayside in an effort to have a more peaceful evening?

Discipline is a very important component of Attachment Parenting (AP). As outlined by Attachment Parenting International’s Eight Principles of Parenting, discipline is an essential tool in helping children to develop a conscience, especially as the child grows and becomes more independent. But a key part of AP discipline is teaching children, not by reacting to their behavior, but by meeting the needs that lead to undesirable behavior. The same holds true for stressed, dual-income families seeking quality family time in the evenings after the children come home from daycare and before they go to bed.

Reconnecting after being apart for a day is essential for working families, according to Jane Nelsen, EdD, in her 2005 article “Seven Ways Busy Parents Can Help Their Children Feel Special,” posted on www.positivediscipline.com.

“Helping your child feel special is a matter of planning and habit, not a lack of time,” writes Nelsen, who co-authored Positive Discipline for Working Parents.

Here are some of her tips to help parents to reconnect with their children at the end of the day:

Children may act out because they feel they aren’t receiving enough undivided attention from their parents. By taking the time to reconnect with their children, parents are not only fulfilling children’s needs but also giving themselves exactly what they need – children who feel right with themselves and with their families, and who are less likely to act out. And if children do have a tantrum or act out, those who feel connected respond more positively to their parents’ discipline.

A key part of AP discipline is teaching children, not by reacting to their behavior but by meeting the needs that are leading to the undesirable behavior.

Sometimes no matter how hard I try, I just can’t find the emotional room to comfort my 2-year-old son, Jack. I try, as we all do, to be the best parent I can be based on the principles of Attachment Parenting (AP), but 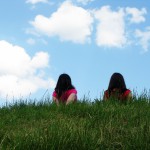 sometimes I just can’t cope when I know Jack needs me, but I can’t be there for him psychologically. I can try and comfort him, but he knows I’m not really “with him”. That can make him even more distressed, which makes me more resentful about the tantrum he’s having! I feel like sometimes we feed off each others’ deeper negative vibe. Even if I’m smiling, he knows I’m not happy—he just does. Little people are so attuned to our emotions.

It’s hard to be honest about this lack of connection I sometimes feel, but I wanted to try and acknowledge it for Jack’s sake, and I think that brings us both some relief. I have to accept that it’s part of our human condition to be emotional wrecks sometimes. Reading Kelly Bartlett’s article, “What Happens When We ‘Lose It’,” gave me the impetus I needed to do my homework on understanding this dynamic between me and my son and how to best deal with it. The article provides a good snapshot of what is happening mentally that is affecting the situation emotionally.

Even just admitting these feelings to myself has actually been a huge help. I felt a huge sense of relief when I said to myself, “Jack is right, you aren’t coping with this situation.” It just got rid off my defensiveness and defused the emotions. END_OF_DOCUMENT_TOKEN_TO_BE_REPLACED 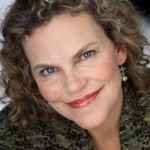 We all want our relatives to see how wonderful our kids are.  Unfortunately, taking children to visit over the holidays often doesn’t really give them a chance to shine.  The kids get off their routines, overstimulated and disconnected from us.  At that point, they crash and burn.

But there are some tips that will make a smooth visit more likely.

1. Check your own expectations. If your toddler is teething, he won’t suddenly become less whiny. You can expect your difficult relative to be difficult again this year. But life doesn’t have to be perfect to be good. Your children can act terribly, and it doesn’t mean you’re a terrible parent— it means they’re kids!  I bet your parents remember you acting terribly once or twice, and you came out ok.  END_OF_DOCUMENT_TOKEN_TO_BE_REPLACED

By Stephanie Petters, leader of API of North Fulton, Georgia 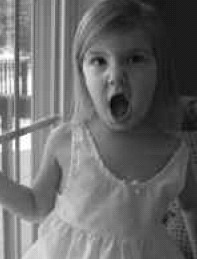 When a parent utters the word tantrum to another parent, the reaction is either a supportive smile or a grimace of dread; I have yet to see or hear another parent respond with glee. And really, who blames her? Until recently, tantrums were considered manipulation by the child to control the parent.

Times are changing, and the subject of childhood tantrums has new meaning and insight for parents. We now understand the reasons and/or causes of tantrums, how to effectively manage them while remaining connected to our children, and how to take preventive action for the tantrums that you can control.

What is a Tantrum?

According to the Merriam-Webster dictionary, a tantrum is a fit of a bad temper. Connection Parenting, by Pam Leo, defines a temper tantrum as a spillover of emotions, while the tantrum is the release of the accumulated hurts not seen by the parents. In Elizabeth Pantley’s Gentle Baby Care, a baby tantrum is defined as an abrupt and sudden loss of emotional control. END_OF_DOCUMENT_TOKEN_TO_BE_REPLACED