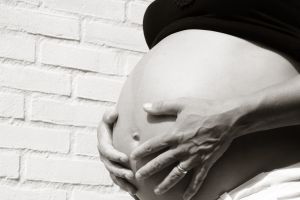 Save the Children, a nonprofit organization that supports the health and well-being of children and families worldwide, released its “State of the World’s Mothers” report just before Mother’s Day 2010, and its findings indicate a critical need for qualified female health care workers to save the lives of mothers and children during the potentially dangerous times of pregnancy, birth, and the postpartum period.

The report’s findings are alarming: Every year, nearly 9 million newborn babies and young children die before reaching five years of age. Nearly 350,000 women die from pregnancy or childbirth complications, and almost 1 million babies lose their lives during the birth process itself: These infants are stillborn, but were alive in the mother’s womb just minutes or hours before birth.

“Most of these deaths occur in areas of the developing world where basic health care is often unavailable, too far away, or of very low quality. And most of these deaths could be prevented if skilled and well-equipped health care workers were available to serve the poorest, most marginalized mothers and children,” the report reads.

Save the Children estimates that 74% of mothers’ lives could be saved if all women had access to skilled support during delivery and if they received emergency obstetrics care for complications. Sixty-three percent of children under age five could also be saved if all children were given a full package of essential health care, including skilled birth attendance and immunizations and treatments for pneumonia, diarrhea, and malaria. In total, about 250,000 women’s and 5,500,000 children’s lives could be saved each year.

Women specifically are instrumental in maternal-child health in these areas because socio-cultural beliefs and practices often prevent women from receiving the care they need if the care provider is a man. According to the report, “especially in rural areas, husbands and elder family members often decide whether a woman may go for health care outside the home, and may deny permission if the health worker is a man. And for health concerns that are uniquely female — those related to reproductive or sexual issues, pregnancy, childbirth, and breastfeeding — it is common for a woman to prefer a female caregiver.”

If women feel safe and comfortable with their care provider, they would be more likely to seek help for themselves and their children, and to attend to health concerns before they turn critical. An increased availability of female health workers, then, means more lives saved.

The woman-power and techniques needed to lower maternal and infant mortality rates are relatively modest. The money and time needed to train a qualified female community health worker represent a fraction of that needed to train a doctor and run a hospital. With just a few years of formal schooling, a woman can hone the skills needed to diagnose and treat common early childhood illnesses, mobilize demand for vaccinations, and improve nutrition and maternal and newborn care.

The State of the World’s Mothers report cites dozens of studies that have shown the most effective care is local care. Especially in remote communities where hospitals and doctors are hours, if not days, from the woman’s home, readily accessible health care will make the most difference.

Even seemingly minute changes, like providing education and fostering connections within existing communities, have been shown to improve maternal-child health. In rural Ethiopia, Malawi, Mali, and Senegal, grandmothers have been educated about better ways to care for newborn babies. Groups of women have been brought together in Nepal, India, and Bolivia to solve shared problems related to pregnancy, childbirth, and newborn care.

“Improvements as a result of these efforts have included increases in prenatal care, skilled birth attendance, exclusive breastfeeding, and reductions in newborn mortality up to 45%,” the report states.

Based on the State of the World’s Mothers report, Save the Children has made four recommendations to improve the lives of mothers and children in the developing world:

Attachment Parenting International encourages families to educate themselves about pregnancy and childbirth in order to prepare for the life they will soon welcome. If families around the world had access to the information and medical care we have in the West, more mothers would have the opportunity to choose a safe birth and to raise their children in health and love.

To take action, visit ONE.org at www.one.org/c/us/issue/15/ where you can sign petitions on this and other issues.